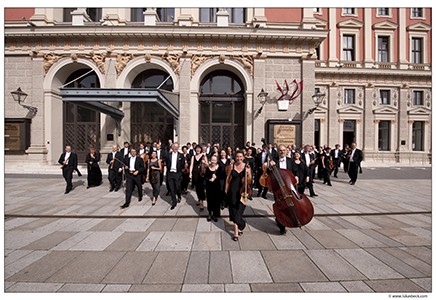 He Sunday 22 of April to 18 hours, Universe cycle Baroque Music National Broadcasting Center (CNDM) presented in the Symphony Hall of the National Music Auditorium in Madrid the last meeting of this cycle in the current season: the opera Radamisto Haendel. Set Vienna Academy the restless Martin Haselböck, with a cast of big stars of the current baroque universe (Carlos Mena, Patricia Bardon, Florian Boesch, Sophie Karthäuser…) They will be responsible for interpreting it in concert version.

Radamisto: Haendel pure state
Eduardo Torrico as comments: “Radamisto not one more title in the unsurpassed operatic production of Georg Friedrich Haendel. It was his first title for the Royal Academy of Music, Founded in February 1719 by a group of London noble to secure a regular supply of Italian operas serious. Saxon would be elected director and one of the three main composers who had to provide music to the company (the other two were Giovanni Bononcini and Attilio Ariosti). Haendel's duties were those of adapting foreign operas and provide -mainly from Italy- librettos for private consumption, as well as select musicians. Haendel also corresponded to select the instrumentalists for a large orchestra: seventeen violins, the violas, of violonchelos, two double basses, four oboes, three bassoons, one archilaúd, a trumpet and two keys (one of them, Haendel himself). Handel had composed for such a great occasion an opera was entitled Radamisto, Jorge chores but I was not allowed to attend the premiere, set for 2 April 1720, so finally he represented 27 that month at the King's Theater in Haymarket. Caló both the title in the audience in London that Handel opera replied in the same theater just eight months later, he 28 from December, a second which differed significantly version of the first: Much of the music was revised and reassigned to other characters, in order to adapt the papers to the voices of the singers who had not taken part in the premiere, as the castrated Senesino that collected the main roll”.