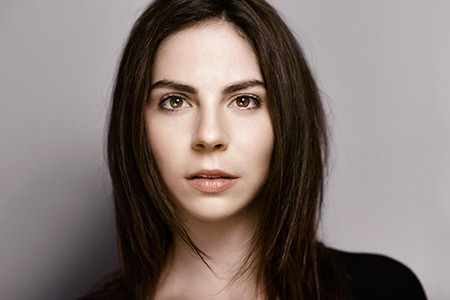 Next Monday 2 of July, he National Dissemination Center Musical (CNDM) in co-production with Teatro de La Zarzuela, It presents for the first time in the Lied the German soprano Hanna-Elisabeth Müller (Mannheim, 1985), which will be accompanied on piano by Juliane Ruf. The show stars two of the most prominent composers of the genre, delimiters between early and very late Romanticism: Robert Schumann y Richard Strauss. According to Arturo Reverter: “Kaleidoscopic art of this singer, that unfolds beautifully in the traditional Italian opera, shines in this world more internalized”. The latest posts, with a general price 8 a 35 euros, They are on sale at the box office of Teatro de La Zarzuela, INAEM theaters, www.entradasinaem.es Y 902 22 49 49

Hanna-Elisabeth Müller studied with Rudolf Piernay who still works. Multi-award winning, soprano continued perfecting his technique in master classes with Dietrich Fischer-Dieskau, Julia Varady, Elly Ameling y Thomas Hampson. In 2017 He made his debut at the Metropolitan Opera House in New York as Marzelline (Fidelio) y Jürgen Flimm, He debuted at La Scala in Milan as Donna Anna (Don Giovanni) and at the Zurich Opera as Ilia Idomeneo Mozart. In 2015 He was presented in Amsterdam singing the role of Sophie in a new production of Der Rosenkavalier. One year later, It premiered at the Salzburg Festival Opera as Zdenka with Renée Fleming and Thomas Hampson under the direction of Christian Thielemann. Shortly after he was honored by the magazine as Opernwelt “Young Artist of the Year”. Since 2012 until 2016, He has been a member of the Bavarian State Opera, where she interpreted Pamina, Zerlina, Susanna, Servilia, Gretel, Zdenka, the Infanta Dona Clara The Dwarf Zemlinski from there Sophie Werther, among others. This season he has sung with the Bavarian State Orchestra on a tour of Japan (Pamina) and at Carnegie Hall in New York (Sophie Der Rosenkavalier). In the summer of 2018 will return to Munich as Zdenka. This versatile singer is usual in the most prestigious concert halls such as the Elbphilharmonie Hamburg (with Beethoven's Ninth Symphony), the Philharmonie de Paris, Philharmonie Essen, Philharmonie Cologne (con WDR Symphony Orchestra), and Tonhalle in Düsseldorf. In season 17/18 He has played a German Requiem Brahms with the Berlin Philharmonic Orchestra, under the direction of Yannick Nézet-Séguin and Seven Early Songs Berg with the Symphony Orchestra of Bilbao and Erik Nielsen.