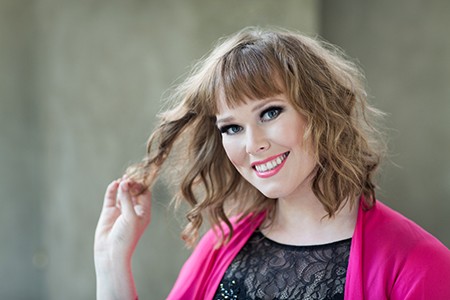 It is one of the few Spanish scenarios that had not yet debuted in opera staged, since the Australian soprano Jessica Pratt, undoubtedly one of the most important interpreters on the international scene - hailed by critics as the worthy successor of the great Joan Sutherland–, It has been presented gradually, and always successful in large squares in the country lyrics. The same happens in Paris, NY, London or Milan, where they have also applauded. And after the recent triumph in Las Palmas as Marie in Daughter of the Regiment, now it's the turn of The Palace of Arts in Valencia, theater in which he will debut in an opera staged in the difficult role of Amenaide from the opera Tancredi, from Rossini, in a co-production between the Opéra de Lausanne and the Municipal Theater of Santiago de Chile with stage direction from Spanish Emilio Sagi and that for the occasion will have the baton of Roberto Abbado (the days 23, 25, 27, 29 June and 1 of July).

After an intense season in which he has walked some of his most emblematic characters such as Semiramide (Semiramide, Florence Opera), Rosmonda (Rosmonda of England, Florence and Teatro Donizetti in Bergamo), Queen of the Night (The magic Flute, Metropolitan Opera, NY), Gilda (Rigoletto, Opera Oviedo), Jessica Pratt to sing in May La Sonnambula (Victorian Opera, Melbourne), I Puritani (Müpa, Budapest), Le Comte Ory (Klangvokal music festival, Dortmund) before traveling to Valencia in June.

In the coming months, the leading roles of I Puritani (Savonlinna Festival during the visit of the Royal Theater of Madrid to the Finnish competition), Lucia of Lammermoor (Champs Elysées Theater, Paris), his return to Spain with Don Pasquale (ABAO-OLBE, Bilbao) Y L'elisir d'amore (Liceu Barcelona) and his long-awaited return to New York with Lucia of Lammermoor (Metropolitan Opera).