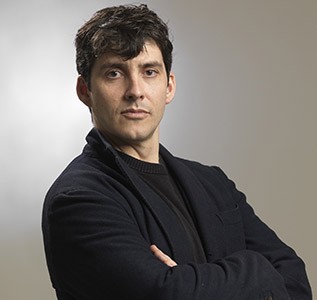 The zarzuela returns this year to the San Sebastian Musical Fortnight with one of the most emblematic titles of the genre: The Innkeeper of the Port, that he 7 from August at 20:00h will take the main stage of the Kursaal to offer a single performance of Pablo Sorozabal's masterpiece.

On the occasion of 125 anniversary of the birth of the composer from San Sebastian Pablo Sorozabal, Musical Fortnight commits to a concert version production of La Tabernera del Puerto, captained by Unai Urrecho. With the Bilbao Symphony Orchestra
as the backbone of the score, the group of soloists will be made up of top-level national performers: the soprano Miren Urbieta-Vega as Marola, the tenor Andeka Gorrotxategi as Leandro, Damián del Castillo as Juan de Eguía, Rubén Amoretti as Simpson, Ruth Gonzalez as Abel, Marifé Nogales as Antigua, José Manuel Díaz as Chinchorro and Verdier, and Alberto Núñez as Ripalda.

Sorozabal's music, will evoke the port of Cantabreda, imaginary city in which, Federico Romero and Guillermo Fernandez-Shaw, zarzuela librettists, set the libretto. The descriptive and metaphorical capabilities of the score by the genius from San Sebastian mean that this particular work has an imaginative development that allows each listener to enjoy their own port of Cantabreda, of his own tavern in Marola… A whole plot of love affairs and family secrets that have made La Tabernera del Puerto not only a song in the zarzuela repertoire, if not, possibly, in one of the most performed zarzuelas on both sides of the Atlantic.