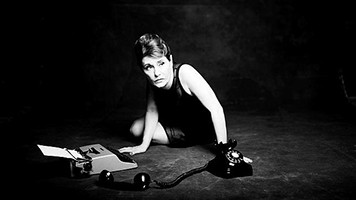 The Theaters Canal of the Community of Madrid present Human voice, a work on the text of Jean Cocteau with music Francis Poulenc, under the direction of Paco Azorín and performed by the soprano Maria Bayo. This assembly will be three only functions in the Green Room on days 11, 13 Y 15 of April. The musical director of the project is Ernest Martinez Izquierdo, Next to the But Orchestra and the pianists Juan Carlos Garvayo e Isabel Requeijo.

For its brevity and intensity, Human voice, Cocteau's monologue, later put to music by Poulenc, it is a work of unusual force and force. The score is adjusted and modeled on the words to make the musical form inseparable from the dramatic background.

La voix humaine is a monologue without action, where the only fact of the plot, the emotional breakup of the protagonist, it occurred days ago, as it is known throughout the representation. This work is a unique jewel in the history of 20th century opera. Keeps its validity intact, so much for the topic, human isolation and its consequences, as for his original vocal and dramatic treatment.

The program is completed with a very different composition by Poulenc: the Concerto in D minor for two pianos, played by Juan Carlos Garvayo and Isabel Requeijo. This piece, interpretada antes of The human voice, will give rise to better know our protagonist before the fateful phone call that will unleash the "tragedy" rings, as its authors baptized it.

The Verum Symphony Orchestra, founded in 2007 by Bodegas y Viñedos Verum, is made up of a selection of more than 60 musicians among the best in Castilla La Mancha and other regions, predominantly young musicians with a complete and demanding training, an intense orchestral experience, and eager to show his commitment to music on stage. An orchestra born with the vocation to be a national benchmark, disseminating the great works of symphonic music, practically unprecedented in many auditoriums due to its difficulty, with a solvency comparable to the best orchestras in the country. In addition to the symphonic repertoire, has already presented several commissioned works, thus showing his support for Spanish composers.