LAZKANO released in Paris a part of his future opera 'Ravel' 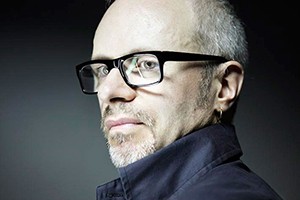 Musician and teacher Musikene Ramon Lazkano will debut this weekend in the Paris Autumn Festival a preview of the opera Ravel you are creating. The guipuzcoano star in one of the case of the French festival and presented three proposals, among which the show Ohiberritze, Custom created for the occasion, which you can also find in the Kursaal next 18 from December, as part of the closure of Donostia 2016.

About two years ago, the Festival d'Automne in Paris decided to dedicate one of his monographs in this edition Lazkano, who commissioned the preparation of three concerts to present his work. They released a proposal to the capitalidad, He did not hesitate to support the project, "Broadcasting in Europe the name of a local artist", As he noted Pablo Berástegui. He added that the team Donostia 2016 it was something very important and innovative proposal created for Paris "should be programming a year dedicated to experimentation". For the premiere of this work in the French capital, They have also had the collaboration of Etxepare Institute and Olaso Dorrea Foundation.

Ramon Lazkano (Donostia-San Sebastián, 1968) He studied composition at San Sebastian, Paris and Montreal; He won the First Prize of Composition of the National Conservatory of Music in Paris and Doctoral Studies Diploma in Music and Musicology of the twentieth century at the Ecole des Hautes Etudes en Sciences Sociales. He received the Composition Prize of Prince Pierre of Monaco Foundation and the Georges Bizet Prize of the Academy of Fine Arts of France, among others. He has been in residence with the National Youth Orchestra of Spain, Musica Festival in Strasbourg and the Ensemble 2e2m in Paris.

His stay in Rome (at the Royal Academy of Spain and the French Academy Villa Medici) It has allowed him to deepen reflection on the purpose of the composition and its meaning, which it is crystallized in a thought on intertextuality, silence and experience of sound, which she has given birth to emblematic pieces like Ilunkor (commissioned by the Symphony), fragile(Custom Community of Madrid Orchestra) Y Ortzi quiet (commissioned by the National Orchestra of Spain). June 2012, the Bavarian Radio Symphony Orchestra conducted by Peter Eötvös performed Ilunkor Musica Viva in Munich festival and 2014 the Venice Biennale program Ortzi Reserved with Shizuyo Oka and the Basque National Orchestra conducted by José Ramón Encinar . The Kairos label has published a monographic album with these three orchestral works (Ilunkor, Ortziquiet, fragile).

Between 2001 Y 2011 He has worked in Chalk Laboratory (Chalk Laboratory), an extensive collection of pieces chamber comprising several cycles, which draws on the concept oteiziano “experimental laboratory” and in particular chalk as regards entry, Erosion and memory linked to childhood, which culminates with aesthetic purpose Landmark (2010), custom AEOS and the Symphony Orchestra of Navarra. Parts Laboratory They have been released in Austria, Germany, Poland, Mexico, France and Spain; el together research Frankfurt, the Ensemble 2e2m in Paris, Ars Musica in Brussels Monday Evening Concerts in Los Angeles scheduled anthologies Laboratory, Smash and recherche and assemblies have dedicated two monographic CDs.

Behind the Laboratory, his most recent works show a new attention to the architecture and the duration, like in Territory (Territory) for string quartet, written for the Diotima Quartet, and vocal diptych based on poems by Edmond Jabès taken from his book The memory and hand: Nº1 Main overlooks, for soprano and seven instruments, premiered in March 2013 Ars Musica in Brussels, and No. 2 Those Who, for six voices and eight instruments, COUPLEUX custom-Lassalle Foundation and premiered by the Neue Vocalsolisten and the Ensemble L'Instant Donné in the Éclat Festival Stuttgart in February 2015.

Ramon Lazkano is currently professor of orchestration at the Higher School of Music of the Basque Country Musikene.