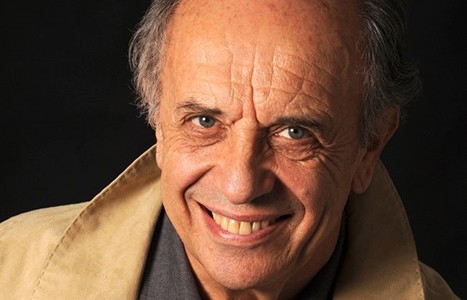 The next Monday 18 from December, he Teatro de la Zarzuela, in coproduction with the National Broadcasting Music Center (CNDM), presents to mythical baritone Leo Nucci in a special concert inside of the XXIV Lied. Nucci returns to street theater Jovellanos after that historic concert, four seasons ago, which will remain in the memory of those who were fortunate enough to live it: 45 Tip minutes with the public completely given. This time, arrives accompanied by James Vaughan al piano to offer a program composed of works by Verdi, Rossini, Puccini, Tosti, Field y Buzzi-Peccia. tickets, with a general price 8 a 35 euros, and are on sale at the box office of Teatro de La Zarzuela, INAEM theaters, www.entradasinaem.es Y 902 22 49 49.

Last by far the sesentena, the indestructible baritone is still fit issue with prestancia, sense of phrasing, to express with passion. Very lyrical in its origins, though always provided with a bright timbre, communicative and a metal recognizable, in addition to a considerable extent, the artist, He born in a neighboring town to Bologna 16 April 1942, He has dark color and expanding issuance –Which he makes through curious grimaces in search of the most convenient directionality of the breath– to be able to undertake the most demanding characters. Nucci You can even give lessons to many younger baritones of how he studied and build a totally operatic figure. Whatever it is, he gets into his skin almost violently; It is transmuted and is no longer him to become another creature without forgetting a line very carefully canto. Mordant is surprising that still has the Bolognese artist in the acute area: makes, the sun and even the throat out of their propulsion. its singing, sincere and delivered, is offered to us through a first acting performance.

Leo Nucci (Castiglione dei Pepoli, Bologna, 1942) was first presented to the public in 1967 at the Teatro Sperimentale (Adriano Belli) of Spoleto as Figaro in The Barber of Seville Rossini. He studied with Mario Bigazzi, completing his studies in Bologna with Giuseppe Marchesi. From 1977 sings the famous Rossinian title at the Teatro alla Scala in Milan. For this same theater he has recorded Don Carlo, two editions of Aida, The Barber of Seville, Simon Boccanegra, The Troubadour, Otello, Tosca, Gianni Schicchi, with directors like Claudio Abbado, Riccardo Chailly, Riccardo Muti, Lorin Maazel y Sir Georg Solti, among others. His close relationship with this mecca of the opera was recorded in 2007 with a historical concert on the occasion of the thirty-year career at the Teatro alla Scala: Leo Nucci: Thirty Scala. Their regular performances at Covent Garden in London, the Vienna Staatsoper (where he has sung about three hundred performances and has made multiple recordings, receiving the distinction as “Kammersänger” Y “honorary Member”), and in the Metropolitan of New York they began at the end of the years 70. In 1977 sang for the first time in the Arena of Verona, where he has been participating regularly for more than thirty years. Its interpretations of Rigoletto being, probably, the only baritone who has sung this Verdi role in all the most important theaters in the world, with more than five hundred official performances (the number 500, he performed it several years ago at the Vienna Staatsoper directed by Jesús López Cobos). Nucci has recorded under the direction of Herbert von Karajan, Sir Georg Solti, Riccardo Muti, Claudio Abbado, Carlos Kleiber, Lorin Maazel, Riccardo Chailly, James Levine, Zubin Mehta, Carlo Maria Giulini, Giuseppe Patane, Nello Santi, Bruno Bartoletti and Daniel Oren, among others, sharing the stage with the singers millin world of opera. Recently published a book dedicated to him: Leo Nucci, a baritone by chance, de Achille Mascheroni (Parma, Azzali Publisher). In recent seasons he has achieved great success at the Teatro alla Scala and Covent Garden in London with Nabucco in Verdi, Rigoletto on tour in Japan with the production of the Teatro alla Scala, in Simon Boccanegra e The Troubadour at the Teatro alla Scala and at La traviata at the Munich Opera and the Liceu Theater in Barcelona.