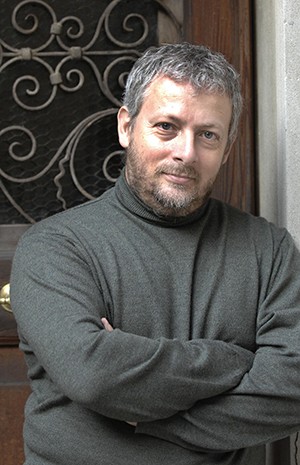 The Palace of Arts will broadcast ‘streaming’ concert version of the opera 'Chinese', from Christoph Willibald Gluck, what Fabio Biondi will lead in the Auditorium 2 of November.

The work of German composer marks the beginning of program activities 'the Silk Road music', a fruit of the collaboration project between Les Arts and Valencia Region Tourist Board (AVT).

An agreement, according to the Regional Secretary of AVT, Francesc Colomer, "It will allow the development of cultural products that can open up new markets".

further, Colomer added that this initiative will promote the Silk Road, "A product in which we are working to give greater importance to the city of Valencia and Valencia in the world, placing value on the role played in this historic and cultural route connecting with the Orient ".

'Le cinesi' is a one-act opera with an Italian libretto by Pietro Metastasio. For this representation, Les Arts brings together a cast of leading figures of Italian soprano repertoire Désirée Rancatore, the 'mezzo’ Swedish Ann Hallenberg and Valencia Silvia Tro Santafe, along with Italian tenor Anicio Zorzi Giustiniani.

The work deals with the aspirations of three Chinese women, after hearing the stories circulating about the West, They feel the attraction of wanting to live your life, sensitive to the desire of an imaginary world where apparently- there is greater freedom.

The Silk Road, that through trade relations fosters openness between East and West, It has its musical counterpart in this opera by Gluck and his vision of the encounter between cultures.

Online tracking of 'Le cinesi' will be possible from 24 November through <www.OperaVision.eu>, the new platform hosted by Opera Europe, association that brings together thirty opera companies from eighteen countries of the continent, among which is Les Arts. collects OperaVision, from 12 October, the witness of The Opera Platform, whereby production Valencia 'Lucrezia Borgia' aired 1 of April, also supported by the AVT.

‘Pelléas et Mélisande’, from the Komische Oper Berlin, It is the first title OperaVision issue the 15 October. The new support will allow music lovers and fans to access a wide variety of parts, stories and documentaries about the opera, as well as the chance to discover the richness of their repertoire, with over four hundred years of life, through representations across Europe.

The 'The Opera Academy' section, meanwhile, provide access to multiple content, from short to essays or interviews with leading figures of the genre. Something that make OperaVision achieve a complete educational tool with specific content for both the young and adult audiences.

The platform will also add to the celebrations of the European Year of Cultural Heritage 2018 with an extensive program to show the diversity of opera today.

OperaVision It comes after the excellent reception of The Opera Platform, managed by Opera Europa and co-founded by Creative Europe, which reached a faithful offer of three million viewers in less than two and a half years. The Creative Europe renewed commitment to the project activity OperaVision guarantees until December 2020.