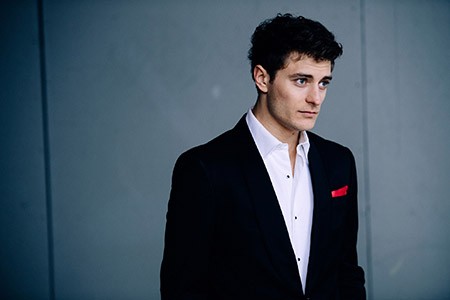 He Palau de les Arts closing this sunday, 15 of May, his cycle dedicated to ‘Lied’ with the long-awaited recital by Jakub Józef Orliński, considered by the public and critics as the countertenor of the moment.

Charismatic performer with an impeccable and elegant singing line, el joven Jakub Józef Orliński (Warsaw, 1990) has become, in record time, one of the stars with the greatest projection on the international lyrical scene. Paladin of the new generation of countertenors, with his first album of arias, The Sacred Soul, was awarded the Gramophone Prize in the category of young artist in 2019 and the 'Opus Klassik', while his album 'Facce d'amore' as the best record at the International Opera Awards.

Recently, has released his third album, Eternal Soul. the famous singer, invited by theaters such as the Metropolitan in New York and Covent Garden in London, can also boast of attracting new audiences and hanging the 'no tickets' sign in auditoriums and concert halls in Europe and the United States.

In his first performance at Les Arts, Jakub Józef Orliński will offer a selection of pieces by baroque authors such as Purcell and Händel, plus pages of 19th century Polish composers accompanied on piano by Michał Biel.

The requested artist is, Besides, a recognized star in the media and on social networks with thousands of followers, who venerate both his genius as a countertenor and his undoubted talent as a break dancer.
Les Arts recalls that the locations for the cycle of 'Lied', which houses the main hall, They are priced between 10 Y 40 euros.