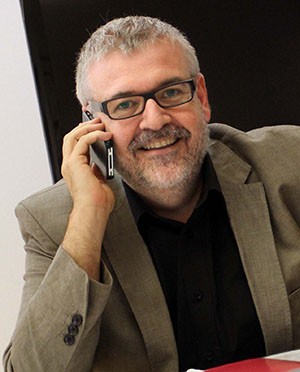 The Executive Committee of the Board of the Foundation of Arts has approved to appoint Jorge Culla Bayarri new general director of the institution. His election for the position has been evaluated and approved following the guidelines established by the procedure stipulated in these cases by the governing body of Les Arts. Thus, the renowned Valencian professional joins the theater management team as head of administrative management, with Jesús Iglesias Noriega in charge of the artistic direction.

More than 30 years of experience in performing arts and music management, Culla Bayarri's appointment is part of the roadmap provided by the Board of Trustees for the consolidation of Les Arts as a Valencian cultural emblem and its projection on the national and international circuits. Jorge Culla will assume the functions provided for in the bylaws of the Foundation for the general management from next October, date on which your effective hiring will take place. In this sense, The Executive Committee has thanked José Carlos Monforte Albalat for the work he has carried out since December 2018 in charge of the general direction of Les Arts. The governing body of Les Arts recognizes the professionalism of Monforte Albalat, as well as his dedication to the service of the institution, particularly in the complex management of the pandemic, that has allowed the maintenance of the theater activity, as well as the administrative processing of the institution in order to achieve the maximum
economic efficiency of Les Arts budgets.

Jorge Culla Bayarri
Born in Valencia, He is the son and grandson of theatrical entrepreneurs linked to the Ruzafa and Apolo theaters, to zarzuela and magazine companies, and to the Valencian comedy; live the world of music and theater since childhood. He begins his professional career in 1987 as Production Coordinator at the Palau de la Música de València, two years later he made the leap to Madrid as deputy director of the National Dramatic Center, and returns at the end of 1991 to the Palau de la Música as deputy director. In 1997 assumes a new professional challenge in Madrid as manager and technical director of the Orchestra and Choir of the Community of Madrid. Since 2009 holds the position of mayor of Teatros del Canal and the Auditorio de San Lorenzo de El Escorial Theater, where he also directs the festivals of this municipality of the Community of Madrid. During these years of professional life he has held different positions of responsibility in some institutions in the performing arts and music sector. He has chaired the Spanish Association of
Symphony Orchestras and the Spanish Association of Classical Music Festivals (Festclassic). He has been a member of the Council of Culture of the Community of Madrid and of the State Council of Performing Arts and Music. He is a founding member of the Academy of Performing Arts of Spain.