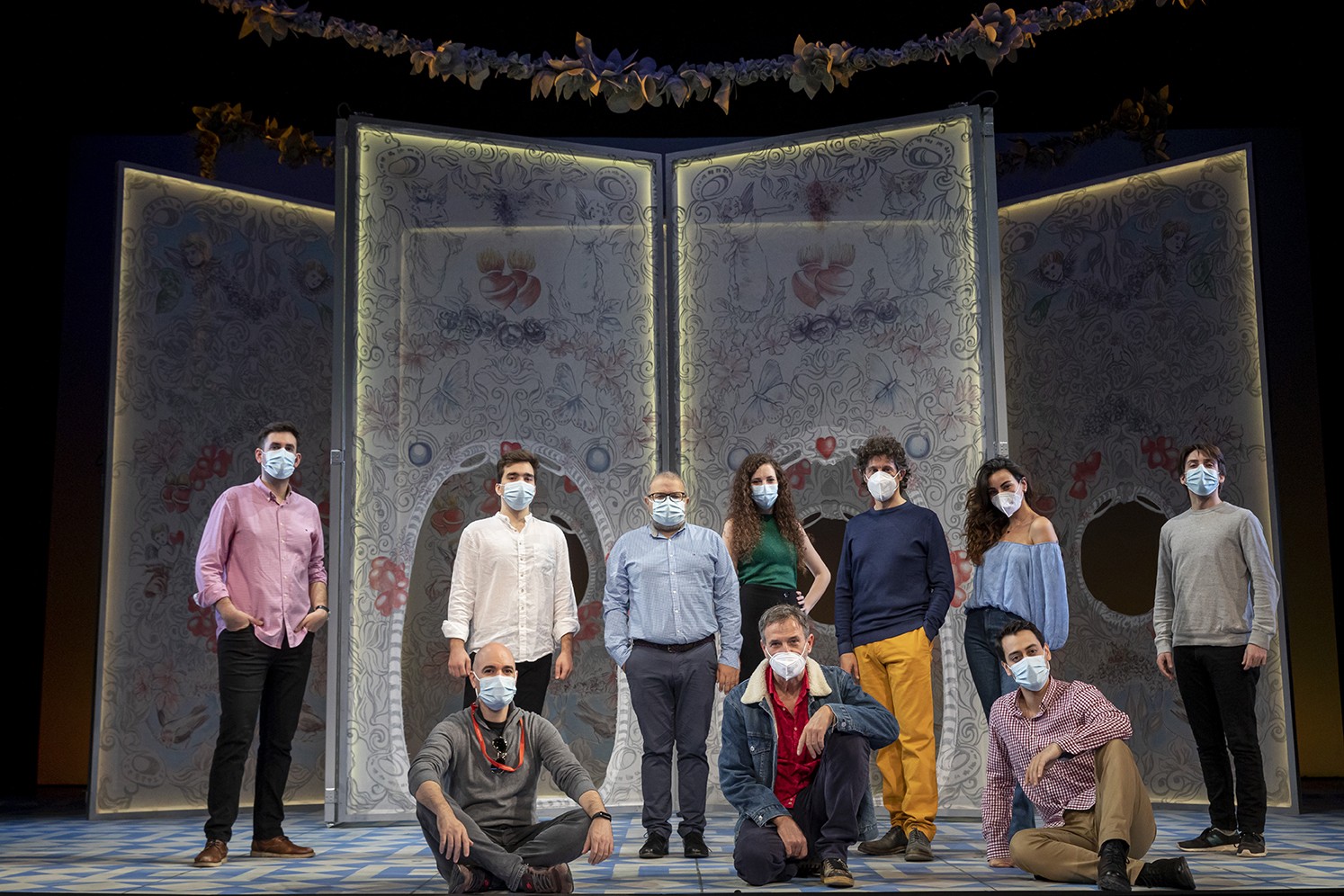 The Palace of Arts delves into the repertoire of the Valencian Vicente Martín i Soler with his first opera, 'The Guardian mocked', that opens this friday 13 November at the Teatre Martín i Soler at 20.00 hours. Arts, as explained by its artistic director, Jesus Iglesias Noriega, thus recovers this new production that had to be postponed last season due to the outbreak of the pandemic and which can now be seen "in its artistic and musical plenitude within the theater's commitment to restoring the Valencian musical heritage". However, as Iglesias Noriega recalled, ‘Il tutore burlato’ was able to be represented in its version translated into Valencian and adapted to the requirements of the Les Arts Volant truck this past summer, with great acceptance in the neighborhoods and squares of our territory.

Christopher Soler assumes the musical direction of the score, his first opera in Les Arts and his third work with the Orchestra of Valencia after the zarzuela ‘Katiuska’, Sorozábal, and the Ananda Dansa show ‘Âtman, the Goodbye'. In this sense, the director of Alcàsser has vindicated the importance of the work, which was so successful at the time that it was translated into Spanish to become the zarzuela, 'The Madrileña'. "It is about, Besides, of a very funny opera, of great freshness and energy, which is ideal for working with young singers such as the artists from the Center de Perfeccinment ".

The also Valencian Jaume Policarpo highlights the buff spirit of the young Martín i Soler, which he portrays with an aesthetic inspired by 19th century romantic postcards, soft and pastel colors. scenography, which he has also designed himself, is "one more character. It contains cheerful panels that move to create different spaces, that give rise to humor and scenic play ". The point of contrast is provided by José María Adame's wardrobe, that combines more intense colors and current elements, that stand out with the lighting of Antonio Castro.

The main novelty, Polycarp introduces the use of puppets on stage that, in this case, are handled by the singers themselves and which have an enriching effect when bringing the story to the public. The cast of ‘Il tutore burlato’ is made up of the artists of the Center de Perfeccinment Aida Gimeno (Violante), Ezgi Alhuda (Bill of exchange), By Lebedyev (the tutor Don Fabrizio) and Omar Lara (Foo), together with the Valencian singers David Ferri Durà (the knight Don Lelio) and Gonzalo Manglano (Anselmo). Carlos Sanchis, also from the Perfection Center, accompanies them to the piano.
In addition to the premiere of this Friday, ‘Il tutore burlato’ will be performed on days, 20 Y 22 of November. The towns have a single price of 35 euros.

Issuance 'online'
Les Arts will broadcast ‘online’ ‘Il tutore burlato’ from its website www.lesarts.com, the next 20 of November, day of the last performance of the play.

This is the fourth title that the arts center will offer openly within its regular programming thanks to the collaboration with Turisme de la Comunitat Valenciana, which has allowed retransmissions of operas such as 'Lucrezia Borgia', Donizetti; 'Chinese', Gluck; and 'The corsair', in Verdi.

'The Guardian mocked'
‘Il tutore burlato’ is a comic opera in three acts, with libretto by Filippo Livigni based on ‘La finta semplice ossia Il Tutore Burlato’ by Pasquale Mililotti. Jovial and fresh like the landscape of the Roman countryside where its plot takes place, This first comedy by Martín i Soler evolves from veiled criticism of the ironclad social norms established in the mid-18th century towards the defense of freedom and love over convention and convenience., at the same time that it exposes with cordial clairvoyance the new social position of women in the years before the French Revolution.

The entanglement begins when the knight Don Lelio confesses to his servant Anselmo his love for Violante, pupil of his friend Fabrizio, who longs to marry her for her money, although the young woman despises him. Don Lelio requests to woo her and Fabrizio reluctantly agrees. Violante boasts of not believing in love until she meets Pippo, rich shepherd from his town. The three men, each one for his part, they display a series of intrigues, jealousy and tricks to conquer the girl. Finally, the flame arises between Pippo and Violante, Who, with the help of Menica - the tutor's daughter- They manage to teach the other two suitors a lesson. They all come together at last and sing to the triumph of love.