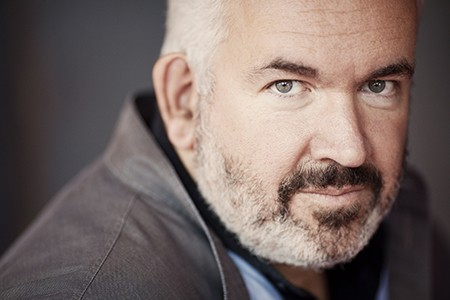 Les Musiciens du Louvre, considered one of the best orchestras in the world devoted to Baroque music, debut in Ibermúsica with an emblematic work: the St. John Passion, BWV 245, from Johann Sebastian Bach, a piece written for solo voices, choir and orchestra, based on the Gospel of St. John. The concert will take place on Thursday 6 April in the National Music Auditorium, the French group will be led by its founder, Marc Minkowski.

Two passions of the Leipzig musician have come down to us today, the one that Les Musiciens will address in the 47th season of Ibermúsica and that of Saint Matthew (BWV 244). Both compositions are considered the most outstanding of this genre in the history of music.. In the case of St. John Passion - Released on Good Friday in 1724 in the Church of San Nicolás, Leipzig– this is one more work, tense and dramatic than that dedicated to the Gospel of Saint Matthew.

Founded in 1982 por Marc Minkowski, This orchestra offers a reinterpretation of the lyrical and symphonic repertoire from the Baroque to the Modern period with period instruments. Throughout its history it has built its reputation with successful performances by Haendel, Purcell Y Rameau; but also from Haydn Y Mozart (Mass in C minor) and more recently from Bach (Mass in B minor, Passion of St. John) or Schubert (the integral of symphonies) on recording and in concert.

In this season, Les Musiciens has witnessed the creation of the second opus from the Mozart / Da Ponte Trilogy, Don Giovanni at Versailles, Armide (Gluck), at the same time that Alcina (Haendel) en Vienna State Opera, which will be heard in concert version in Bordeaux and Paris. They have also performed a symphony program and a Mozart and Haydn concert at the National Opera in Lyon and in Grenoble, where they have shared the stage with the cellist Anne Gastinel.

Regarding his discography, after recording the integral London symphonies by Haydn for Naïve (2010) Y symphonies Schubert (2012), the Orchestra published The Flying Dutchman Dietsch and Wagner (2013).

From very young, Marc Minkowski decided to become a director. To the 19 years founded Les Musiciens du Louvre, who has played a very active role under his leadership in the renaissance of Baroque performance. Initially, the group focused on French composers and Handel's music before expanding their repertoire to include Mozart, Rossini, Offenbach y Wagner.

He is a regular guest in the halls of Paris, where he has directed productions like Plataea, Idomeneo, The magic Flute, Ariodante Y Alceste at the National Opera; The Beautiful Helena, Carmen Y The fairies in the Châtelet Theater; as well as The white lady, Pelléas et Mélisande Y The bat in Opéra Comique. He has also directed operatic projects at the Salzburg Festival (The Abduction from the Seraglio, Mitridate, Così fan tutte, Lucio Silla), Brussels (the Huguenots Y The Troubadour), Zurich, Venice, Moscow, Berlin, Amsterdam, Vienna (Hamlet Y The Flying Dutchman a theater in Vienna y Alcina and Vienna State Opera) and Aix-en-Provence (The Coronation of Poppea, Le nozze di Figaro, The Abduction from the Seraglio, Idomeneo, Don Giovanni e The turkish in Italy). In season 14/15 debuted at Royal Opera House, Covent Garden and at Teatro alla Scala in Milan. For the Drottningholm Festival in Sweden he is currently working on the Mozart / Da Ponte Trilogy, that started in the summer of 2015 with a magnificent interpretation of Le nozze di Figaro.

As artistic director of Mozart Week since 2013, He invited Bartabas and his Equestrian Academy of Versailles to perform in a production of Penitent David, Mozart, in 2015 en Felsenreitschule, the old summer baroque riding school. In 2011 founded the Ré Majeure Festival on the Ile de Ré, on the French Atlantic coast. Since September 2016 Minkowski is the new manager of the Opéra National de Bordeaux.