Lisette Oropesa returns to the Teatro Real as Traviata 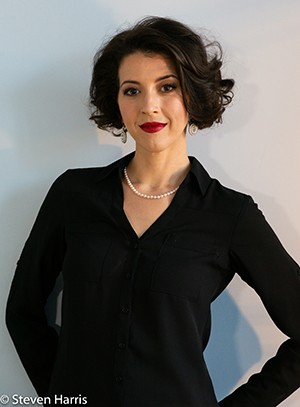 After her extraordinary success as Lucia (Lucia of Lammermoor, Donizetti) season 2017-2018, The American soprano of Cuban origin returns to the Madrid Coliseum in the coming days 18, 22, 25 Y 28 July to star in one of the best known operatic titles, La Traviata de Giuseppe Verdi. After being awarded two of the greatest opera awards in the United States, the Richard Tucker Award and the Beverly Sills Award, and of his applauded debuts as Marguerite de Valois (the Huguenots, Meyerbeer) at the Paris National Opera, Rodelinda (Rodelinda, Haendel) the Gran Teatre del Liceu in Barcelona, Amalia (I masnadieri, Verdi) at the Scala in Milan or Manon (Manon Lescaut, Massenet) at the Metropolitan Opera in New York, the soprano returns to Madrid to play the unfortunate heroine of La traviata, the first post-confinement opera at the Teatro Real. It so happens that Lisette Oropesa, in his first post-Covid performance, returns to the Real stage to put herself in the shoes of Violetta Valery, the same role with which he was reaping great success at the New York Metropolitan Opera, as reflected The New York Times: "Lisette Oropesa endorses La Traviata”, Anthony Tommasini (critic’s pick), when it closed its doors in the midst of a world emergency due to the coronavirus.

Lisette Oropesa is nominated in the best category Female Singer in the edition 2020 of the prestigious International Opera Awards, to be held in September, and among his next commitments stand out: the "Rossini Gala" of the Arena of Verona, Constancy The abduction from the Seraglio the Mozart and the Vienna State Opera, in a new production by Hans Neuenfels, recitals at the Wexford Festival Opera, el Théâtre des Champs Elysées y el Smetana Hall in Praga, La Traviata by Verdi at the Metropolitan Opera in New York, and the Premiere from Lucia of Lammermoor de Donizetti en la Opera House Zurich, with scenic signature of Tatjana Gürbaca.