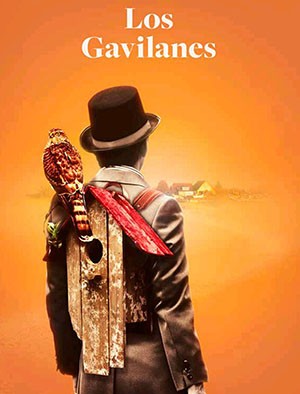 Time always runs longer than desired. So much, that finally the decades pass without even being able to notice it. Around this, a the tenacity that the calendar has in detaching itself from who we are and who we were, the transatlantic history of 'The hawks'. The consequences of that predictable race in the face of life: stubborn nostalgia, the deep instinct to love what is still young –which leads to doing crazy things–, the urgent need to outwit at all costs and without success the consequences of old age, what by nature has to be, all this is a leading player in this absolute classic of the genre composed by Jacinto Guerrero libretto by Jose Ramos Martin. Y twenty volatile years son, precisely, those who have elapsed since the last time the play took the stage of the Teatro de la Zarzuela. The same where he was born in 1923, almost a century ago, and to what from 8 October will return in a new production with stage director Mario Gas, whose beauty and originality will undoubtedly leave no one indifferent. They will 13 functions, until the 24 October, in which viewers will be able to enjoy a title that with all of the law is part of our deepest popular roots.

With ‘Los gavilanes’, Master Jacinto Guerrero carried out his first and happy foray into the big zarzuela. The composer from Toledo was a modern creator who stood between the great zarzuelists of the late nineteenth century and the last authors of comedies and lyrical dramas of the twentieth; his successes were abundant and continued in Spain and America, and these "hawks" have always been erected as one of his great creative assets to which over the years zarzuela companies and theaters have used as a guarantee to clean up their accounts based on successes.

The public adores her, fans await her like May water; and if the occasion comes from the hand of an artistic team and some distributions such as those of the proposal presented by the Teatro de la Zarzuela to open the stage season 2021/2022, Interest multiplies to return to the uncertain town in the southeast of France where the story takes place, or for traveling to it for the first time.

Teacher Jordi Bernàcer, resident director for three seasons at the Opera San Francisco and claimed continuously in the seasons of the prestigious international theaters and festivals, will go up to the podium of the pit in front of the Community of Madrid Orchestra, ORCAM –The Theater Owner–, of the Holder Choir Teatro de la Zarzuela whose director is Antonio Fauró and two brilliant deals featuring many of our best young and veteran lyrical voices.

He scenic approach this beautiful and original montage directed by Mario Gas, decidedly essential man in our scene of the last decades, move the action since the middle of the XIX to years 20 last century (precisely those of the premiere of the work); and Gas argues it, explaining that that time is “a aesthetically appealing time and that coincides with the return of the last waves of Indians who marched to make the Americas in the middle and late nineteenth. A troubled and foreboding time.”

Next to the set designer Ezio Frigerio, the Oscar-winning costume designer Franca Squarciapino, the illuminator Vinicio Cheli, living history and renovating all of them of the theater of the last half century, and with the audiovisual design of the famous Sergio Metalli and the scenic movement of Carlos Martos de la Vega, Mario Gas explains that he has gone through “a world away from landscape and naturalistic ruralism to delve into neo-figurative elements, pictorial, inspired by the twenties and contrasted with strongly constructivist structures. The iron, the fear behind the smile, interwar time ... fascinating!”.

Throughout the almost one hundred years since the premiere of ‘Los gavilanes’, many have been the interpreters who have dressed again and again the clothes of Juan, Adriana, Gustavo or Rosaura in that nameless village in French Provence.

And at this point, following that inexhaustible and fertile tradition, we come to those who now fill with purpose and voice the characters that emerged from the playwright's pen Jose Ramos Martin, librettist also from Chapí, Vital Aza, Arrieta O Giménez.

The play, as above has been reviewed, talk about emigration, of the passage of time, of young loves and forgotten loves. And all this will come to life again in the skin and throat of baritones Juan Jesus Rodriguez Y Javier Franco, who play the Indian Juan who returns from America to his beloved village with a great fortune after more than twenty years of hard work; the mezzosopranos Maria Jose Montiel Y Sandra Ferrández, that give life to Adriana, Juan's old love, cause of his departure and today a widow, who was forced to marry another man because of poverty and the irrepressible ambitions of Leontina, his mother; las sopranos Marina Monzó Y Leonor Bonilla, that will act as Rosaura, Adriana's daughter who Juan is captivated by seeing in her the living image of her young mother; tenors Ismael Jordi Y Alejandro del Cerro, who will play the young Gustavo, who drinks the winds for Rosaura, and who she is also in love with; the actor and singer Lander Iglesias, as mayor of the village and former companion of Juan's outings, just like Triquet's character, gendarmes sergeant who also plays the actor and singer Esteve Ferrer; the actress Ana Goya, who assumes the role of Leontina, Adriana's old mother who rekindles the wick of hatred as long as, now, take advantage of the wealth of that Juan deranged by a false and impossible love for his granddaughter; the also actress Trinidad Iglesias, that you saw Renata's skin, Camilo's wife and Juan's sister-in-law; baritone Enrique Baquerizo, in history Camilo, Juan's brother and Renata's husband; or the mezzo-soprano Was Sea and soprano Raquel del Pino, as Nita and Emma, daughters of Renata and Camilo and nieces of Juan.

All of them theatrically relive the illusions that arise when the Indian Juan returns rich and powerful. But they also reflect the fears that arise when that same individual is driven mad by an irrational desire., a madness that affects everyone. And is that little by little the lies and hypocrisies of human nature are springing up in the dialogues and songs of these villagers who, like animals, They are on the lookout for the treacherous hawk that robs and offends them.

And in the musical, he finished. The teacher Jordi Bernàcer, highlights that “the outstanding value of Guerrero's music lies in its splendid melodic inspiration, in its ability to conceive simple phrases that, from the moment of the first listening, they will be fixed forever in the most intimate recesses of our memory”. Hence the formidable reception that ‘Los gavilanes’ received at its premiere almost a hundred years ago., a success that endures to this day. The conductor explains that “when putting Guerrero's score on the lectern today, we are faced with the challenge of deciphering it by highlighting its freshness and simplicity, and do it with all the rigor that he proposed to us and deserves ".

To open your mouth, can already be enjoyed in YouTube y Facebook the conference taught by the musicologist Mario Lerena and a new chapter of the series ‘Trip through the zarzuela’, with a relaxed conversation between Jordi Bernàcer, Mario Gas, Juan Jesús Rodríguez and María José Montiel.