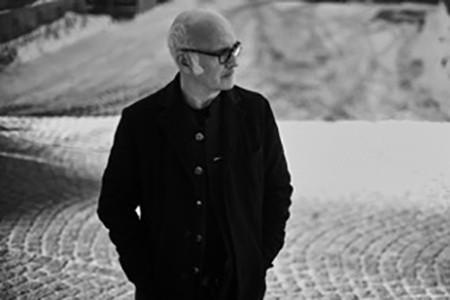 After the great reception that their live shows have had on Instagram, followed by thousands of people, Ludovico Einaudi he was inspired to record this special album with his iPhone, from home with his upright piano and in 1 lonely night, While his family slept and the streets were silent, during the confinement of Milan, one of the areas hardest hit by the pandemic.

This new album, which will be available only in digital format, includes pieces from his entire career such as: 'White clouds', ‘Ascent’ Y ‘Elegy for the Artic’.

Listen to it here

Ludovico Einaudi today releases a special 12-track digital collection, ‘12 Songs from Home’, out digitally on Decca Records on 8th May 2020 with artwork drawn by the composer. Recorded at home on his own upright piano during the lockdown, the release follows several live streams that were watched by thousands of people at a time on his Instagram page.

Einaudi explains, “I recorded ‘12 Songs from Home’ between March and April 2020 during the peak of Italy’s lockdown. In March I started to play live concerts regularly on social media. Switching on my phone to connect for 30-40 minutes with the world has been a beautiful and intimate alternative to the spring tour that I regrettably had to postpone. This new release is the memory of those home live concerts, my memory of this time, the memory of a strange and new atmosphere that we won’t forget.”

In March, Einaudi released an ‘At Home’ video for Greenpeace on his official Facebook page, dedicated to his fans, those “who stay at home in order to fight the health emergency”, and those who continue to campaign for action on climate change around the world. This video has since achieved over 250,000 views.

After the huge response to his self-broadcasts, Einaudi felt inspired to record this special set on his iPhone. It features some of the best-known works from Einaudi’s career including 2004’s ‘Nuvole Bianche’, ‘Ascent’ from his mammoth Seven Days Walking project last year and ‘Elegy for the Arctic’, released in 2018 to highlight Greenpeace’s climate change campaign.

The release is available across digital streaming and download platforms from 8th May.

Ludovico Einaudi: ‘12 Songs from Home’ is out on 8th May on Decca Records