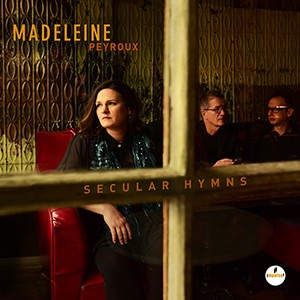 EI domingo 21 of May, Madeleine Peyroux returns to Teatro de la Maestranza where he already seduced the public in 2009, after becoming one of the essential voices of our time.

20 years after Dreamland, their debut album, Madeleine Peyroux sigue su viaje musical con Secular Hymns, an album that explores beyond the borders of the ordinary. A soulful, sensual masterpiece wrapped in a captivating blend of funk, blues y jazz. Accompanied by the trio she has been touring with for the past two years - electric guitarist Jon Herington and bassist Barak Mori- Peyroux recorded live a collection of songs with their own stories, inner dialogue themes, common consciousness and spiritual essence.

“Music has been a central part of our spiritual life”, madeleine account, “so I think these hymns, these secular hymns are very individual themes, personal and intimate. With his expressive and seductive voice, Peyroux performs songs by seminal blues artists. (two from Willie Dixon and one from Lil Green), of classical gospel singer Sister Rosetta Tharpe, by dub star Linton Kwesi Johnson, three of renowned contemporary composers (Tom Waits, Townes Van Zandt, Allen Toussaint), a Stephen Foster theme (considered the first great singer-songwriter of America) and ends with a spiritual song of the Afro-American tradition.

It's remarkable how uniquely this recording has come to life.. The story begins with a concert at an old church in rural Oxofordshire., a country area in England. Renowned French chef Raymond Blanc had purchased an old house in the tiny town of Little Milton, christened it “Belmond Le Manoir” and made it the venue for events including a nine-course meal. As part of the experience, before dinner he invited people to visit a nearby 12th-century Norman-style church to listen to a live music concert. Last year he invited Peyroux and his trio to perform.

at sound check, I was singing 'Guilty', a Randy Newman theme, And the way my voice sounded in that cavernous room was impressive.", recounted Peyroux. “I had a wooden ceiling that gave my voice a reverberation. My sound engineer Doug Dawson told me that I should record an album there.. Fresh after the experience of interpreting her songbook there, she returned with her band a few months later to document the age-old anthems she and her group had developed while touring.

Peyroux reserved the church of 200 seats for three days - the first day for sound check, the second day for a live concert, which he offered for free to the townspeople, same as recorded, and the third to pick up new takes from the audience in case they were needed later.

Although Peyroux observes that with this he moves away from what is the “the regular jazz trio” the singer brings her jazz sensibility into roots music territory in a way so poignant that it captures the songs' implicit celebration and praise.