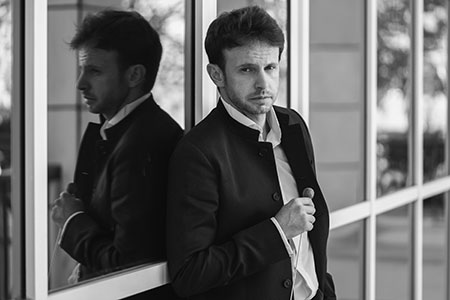 The next 29 from December, bandleader Manuel Busto will debut at the legendary Teatro Comunale di Bologna, at the frente of the Orchestra of the Teatro Comunale of Bologna, who have directed batons of the stature of Sergiu Celibidache, Sir Georg Solti, Kurt Masur, Rostropovich, Georges Prêtre, Riccardo Muti, Riccardo Chailly, Daniele Gatti or Christian Thielemann, among others. Manuel Busto will be responsible for the Musical Direction of the ballet Don Juan with the Aterballetto National Dance Foundation (the leading Italian dance company), that can be seen until 2 January on the stage of Sala Bibiena. Manuel Busto is also responsible for the score and its orchestral adaptation on original themes by Marc Álvarez.

The show Don Juan, made in co-production with the Ravenna Festival, and the Teatro Regio in Parma, the Sferistery of Macerata or the Festspielhaus St. Poelten, among other institutions, has been designed by the Swedish choreographer Johan Inger, that addresses the figure of Don Juan as an ancient and contemporary paradigmatic myth. Tirso de Molina's original comedy, Moliere, Bertold Brecht and the play by Suzanne Lilar inspire Inger and his playwright Gregor Acuña-Pohl, who consulted a total of 25 different texts related to the figure of Don Juan, and they introduce us to all the characters of the story in this Chamber play: Donna Elvira, Donna Anna, Zerlina, Masetto…

It is not the first time that Manuel Busto directs in an opera house in Italy, as he has previously worked at the Teatro Verdi di Trieste. further, directed several concerts of the well-known Orchestra I Pomeriggi Musicali di Milano at the Dal Verme Theater in Milan, Bergamo and Bellagio. In addition to his extensive career as an orchestra conductor, Manuel Busto also carries out numerous commissions as a composer and this spring he will premiere his first opera The tiger woman, commissioned by the Maestranza Theater and the Lope de Vega Theater.