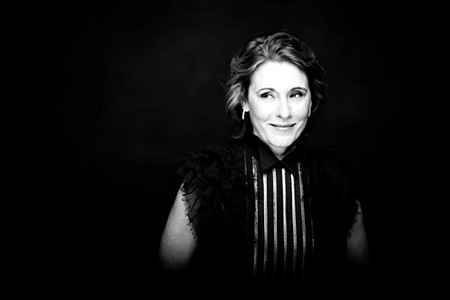 Maria Bayo, one of the great voices of Spanish lyric, joins the Center for Perfection of the Palau de les Arts as director of its training courses and the highest artistic manager. The veteran Navarrese soprano, whose name is associated with quality, rigor, fullness and artistic demand, was shown yesterday from his home in France "delighted" with this new responsibility: “It is a fantastic challenge at this point in my career, which gives me the opportunity to project and transmit all my accumulated knowledge over so many years performing with the best directors and alongside the great singers of my generation. The possibility that the Palau de les Arts and its Center de Perfeccinment offers me to transfer the witness of this immense pool to new singers it is a commitment that I assume full of pleasure and enthusiasm ".

paradoxically, and despite being admired and cheered on the most important temples international lyrics, the Palau de les Arts is the only Spanish lyric theater in which the Bayo has never acted. "But I have to say that because of me. Helga Schmidt contacted my artistic agent on several occasions to offer me a couple of Mozartian roles - I think I remember that Despina and Zerlina-, but I did not accept the invitation considering that those papers, in the time she offered them to me, they were no longer the most convenient for me to debut in a space like Les Arts. Yes I would have loved to make Susana The Marriage of Figaro, or the Rosina of The barber, but it could not be. Anyway, We are still in time to debut!”, he says with a smile not without illusion.

The appointment of María Bayo comes after winning a public competition called by the Palau de les Arts. “I introduced myself like any neighbor's son, without talking to anyone or seeking any support or contact. I understand that there were four applicants and I feel very satisfied to have obtained the place like this ". The contract for this position, previously played by Alberto Zedda, Ruggero Raimondi, Davide Livermore, provides a duration of two years, although this period is subject to be extended. "I still do not know exactly when the incorporation will occur. As soon as circumstances allow, I will meet with Jesús Iglesias [artistic director of the Palau de les Arts] to specify the details, but we both agree that the most reasonable thing for all of us would be for the incorporation to take place in September, coinciding with the beginning of the school year and the arrival of new students, those who should be auditioned next March ".

In addition to being one of the greatest voices that Spain has contributed to the universe of lyric, María Bayo has been one of the best prepared. His long years of training at Detmold (Germany), they forged a sophisticated vocal technique that has always marked their performances, characterized by a privileged lyrical-light soprano voice that soon evolved to a lyrical-pure vocality without losing coloratura in transit, its characteristic color and the ease and forcefulness of an acute and over-acute register that critics always considered "brilliant and diamond-like".

Precisely, move that solidly forged technique, together with the experience of having worked with the greatest international conductors and stage, it will be the most valuable asset that she hopes to contribute to her future students, "Singers already trained, who come to Valencia to improve themselves in the proximity and surroundings of a fully functioning opera house, where, Besides, they will have the possibility to participate in their distributions and activities. An idyllic and novel situation in Spain, that almost takes me back to my formative years in Germany ".

Bayo, who has sung and recorded countless times with Plácido Domingo -ex alma mater of the Center de Perfeccinment, to which he even gave a name-, is convinced that there is no crisis of voices, as has been repeated so many times. "What there is is a crisis of values. Many think that a good voice is enough to make a career, but there are many other things that complement that voice. Especially, constant work, thoughtful and well directed, but that maybe not everyone is willing to do. Maybe because life today is easier than before, and people don't feel like following the rigor that a career demands. I think that the Center de Perfeccinment is the ideal place to cover all those aspects that surround the professional career of any singer ", say when he still has recent the release of his latest album, "Reflexes", with works by Bizet, Lecuone, Guastavino y Moreau ”and the award of the Gold Medal for Merit in Fine Arts that he has just received together with Gustavo Dudamel, Emilio Sagi and Hans Zimmer. The new artistic director of the Center de Perfeccinment has already been distinguished in 2009 with the National Music Prize for his "tireless dedication to his profession and his support for the dissemination of music and lyrics". Justo Romero

Published today in the Diario Levante