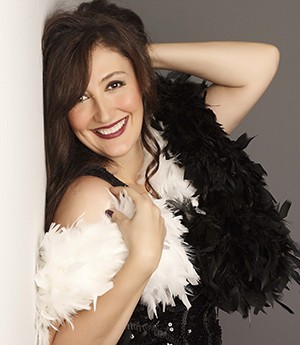 Maria Jose Montiel It has more than two decades of experience lavishing both the operatic repertoire and the symphonic and in recital. Last season highlighted, among other, with their interpretations of the symphonies Mahler -author who is passionate about- with the Balearic Symphony, the Bilbao Symphony Orchestra or Philharmonic Málaga; the Five black songs Montsalvatge with the Orchestra of the Community of Madrid; or debut Poème de l'amour et de la mer from Chausson with the Royal Seville Symphony Orchestra, that adds up to indisputable successes and its flagship protagonist of Carmen, from Bizet, Florida Grand Opera (Miami, U.S), at the Kursaal in San Sebastián and the Gran Teatro de Córdoba; his masterly version María Moliner, from Antoni Parera, at the Teatro Principal de Mallorca -Prize the best lyrical performance of the year; or recitals he gave at the Real Academia de Bellas Artes de San Fernando in Madrid accompanied on piano by Michael Estelrich and the Maestranza Theater of Seville with piano Rubén Fernández Aguirre.

After a well deserved week break, the winner of the National Music Prize 2015 It will get to the work of the new course 10 September to interpret Five black songs, Montsalvatge, with the Youth Symphony Orchestra directed by Soria Borja Quintas Autumn Festival at the Musical Soriano; he 14 September will offer a lyrical gala Symphony Murcia with its owner, Virginia Martínez, on the podium; he 7 October participates in the V Great Concert Cycle Torrelodones with a recital by Miquel Estelrich the piano; Y, and in November, will return to Mexico this time to sing the role of Charlotte in Werther, from Massenet, (days 10 Y 12) Opera in Nuevo Leon in Monterrey, whose public witnessed two seasons of their acclaimed debut Dalila in Samson et Dalila, from Saint-Säens.