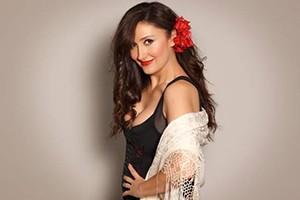 The Spanish mezzo-soprano begins the course 2014-15 with one of its great characters, the star of Carmen, from Bizet, who will perform in Madrid and Tel Aviv (Israel), the latter city in which it will be directed by Zubin Mehta.

That of Carmen is a role that has marked the trajectory of the singer from Madrid Maria Jose Montiel, for which he has been recognized with the award for Best Female Opera Singer in editing 2011 of the Lyrical Awards Campoamor theater, the most important in Spain (for the production of calixto Bieito at High school barcelonian), being the first Spanish interpreter awarded in this category. Montiel has paraded his triumphant Bizet gypsy through the most emblematic stages of Switzerland, Italy, Germany, France, Spain, Japan and the United States. This year the Spanish diva returns to dress as a gypsy no less than in her hometown, Madrid, in a new production of Teatro de la Zarzuela, a production that is shaping up to be a novelty on Madrid's autumn billboard and that will be musically directed by the Chinese director Yi-Chen Lin, stage direction of Ana Zamora. With premiere the day 10 October, the singer will offer various performances of the popular Bizet title throughout the month.

Days after this Madrid debut, he 12, 13, 14 Y 15 November Montiel will offer master classes at the Víctor Ullate School of Madrid. He 2 from December, always in the Spanish capital, will debut with a recital alongside the piano by Josep Maria Colom in the XXI Cycle of Lied organized jointly by the Teatro de La Zarzuela in Madrid and the National Dissemination Center Musical, a series of recitals, with more than two decades of experience, is accredited as one of the main events of Spanish musical life. María José Montiel will review a program with works by Xavier Montsalvatge, Ernesto Halffter, Antoni Parera Fons, Claudio Santoro, Heitor Villa-Lobos, Jaime Ovalle, Claude Debussy, Reynaldo Hahn y Jules Massenet.

already in december (days 20 Y 22) and as a culmination of this year, Montiel will once again get into Carmen's skin, this time in Tel-Aviv (Israel) and next to the Israel Philharmonic Orchestra directed by the impressive baton of Indian director Zubin Mehta, a commitment that the mezzo awaits with great enthusiasm and that she will repeat in 2015, always in Israel and under the command of master Mehta, with more performances of Bizet's opera and with as many of Un ballo in maschera, from Verdi.