Maria Jose Montiel in the Maestranza 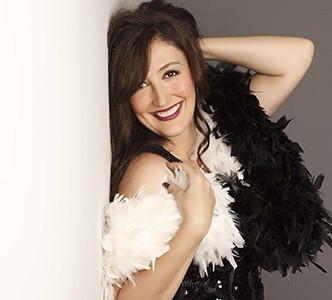 After nearly three months stuck in the skin of one of his favorite characters, the protagonist of Carmen, from Bizet, with which just won the Miami Opera and at the Kursaal in San Sebastian, Maria Jose Montiel Seville billboard again next 25 February to offer a recital by the piano Rubén Fernández-Aguirre, expert accompaniment of loud voices. The appointment will be in the cycle of the opera recitals Teatro La Maestranza of Seville is programming in recent seasons and will include a well known by the Spanish mezzo repertoire: songs Enrique Granados -who is celebrated this year 150 anniversary of his birth- They will alternate with works of Spanish also Ernesto Halffter O Joaquin Turina, not forgetting the great classics of Brazilian songbook, such as composers Jayme Ovalle O Heitor Villa-Lobos, or French, as Reynaldo Hahn, Claude Debussy, Ambroise Thomas O Camille Saint-Saëns. With this recital Maria Jose Montiel will act before the Sevillian public, who heard for the last time in April 2016 in a Lyrical Gala which celebrated the twenty-fifth anniversary of Teatro La Maestranza.

Upcoming engagements take the singer to sing the Basque Country's Second Symphony Mahler near the Bilbao Symphony Orchestra at the Palacio Euskalduna, Cordoba to deliver his famous version of Carmen again, Bizet, and Palma de Mallorca to portray the protagonist María Moliner, from Antoni Parera Fons Y Paco Azorín, an opera whose premiere took place in 2016 at Teatro de la Zarzuela in Madrid Montiel in the role of the great lexicographer aragonesa.