Martha Graham held at the Royal Theater on 90th anniversary 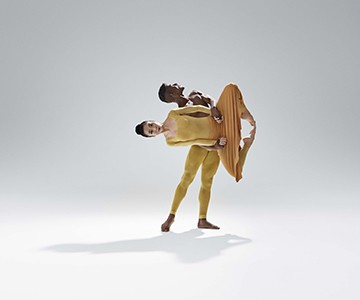 The Royal Theatre will receive for the first time on its stage the Martha Graham Dance Company, It presented in Madrid on 8, 10 Y 11 June to close the tour with which it is commemorating the 90th anniversary of its foundation by the legendary dancer and choreographer Martha Graham, reference for contemporary dance.

The company will offer two different programs in Madrid that will include some of Graham's emblematic choreographies together with works commissioned from other contemporary artists who, based on your technique, reshape emotionally charged themes. Nacho Duato, Sidi Larbi Cherkaoui and Pontus Lidberg, will be the choreographers who will accompany the work of this great artist in the tribute that the Royal Theater pays her these days.

Martha Graham, deceased now 25 years, is a unique and fundamental reference in the history of contemporary dance. His appearance in the world of art meant a break with the established order and the opening to new paths of expression and creativity., both from the choreographic point of view and from the training and interpretation of the dancers. Creator of a unique language, based on a deep knowledge of the body, develops angular movements that start from the contraction and sudden relaxation of the body, with vertiginous falls and radical changes endowed with an extraordinary emotional expression.

But the narrative discourse of this universal creator also contains a strong social and political commitment, inherent in his personal attitude, as evidenced by the fact of refusing to participate in the Berlin Olympics (1936) in rejection of the Nazi regime, or the denunciation of the drama of the Spanish Civil War, reflected through the suffering of women, at work Deep Song. It will be precisely this choreography that opens the first of the programs that the company will offer at the Real, the days 8 Y 10 of June.

In addition to his interest in social problems, Graham finds inspiration in poetry and painting, although the result of their work will always be endorsed by a legendary discipline, perseverance at work and tenacity to explore and express new sensations. This need to explore and differentiate itself extends to stage and costume designs as well., many of them of their own creation or made with the collaboration and complicity of artists such as the sculptor Isamu Noguchi.

Inspired by the innovative movement of its founder, the company, that since 2005 has the artistic direction of Janet Eilber, In recent years, it has begun collaborative work with new creators whose choreographies will coexist in the repertoire alongside those of Martha Graham. At the Teatro Real they will perform Rust (2013), from Nacho Duato; Woodland (2016), from Pontus Lidberg, Y Mosaic (2017), from Sidi Larbi Cherkaoui.

The dance season of the Teatro Real has the sponsorship of the Foundation Loewe.