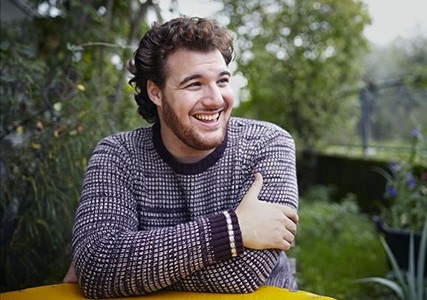 The versatile Swiss tenor Mauro Peter accompanied by Helmut German, indispensable name within the pianists of this genre are presented the next Monday 3 of April for the first time in the Lied, coproduced by the Teatro de la Zarzuela and the National Broadcasting Music Center (CNDM), which celebrates its XXIII edition. In this quote from Teatro de la Zarzuela (20h00), Peter will perform the song cycle of Franz Liszt about three sonnets by Petrarca, plus six songs by Robert Schumann poems by Heinrich Heine and two engaging song series by Richard Strauss poems by Felix Dahn: Simple ways (Simple songs) Y Girl flowers (Flowers and girls). Tickets for this concert, with a General price 8 a 35 euros, and are on sale at the box office of Teatro de La Zarzuela, INAEM theaters, www.entradasinaem.es Y 902 22 49 49.

Born Lucerna (Switzerland), Mauro Peter made her debut as a lied singer in the Hohenems and Schwarzenberg Schubertiads, interpreting The beautiful molinera de Schubert con Helmut Deutsch. This was followed by many other recitals in the most important European concert halls and opera houses., like the Musikverein and the Konzerthaus in Vienna, the Musikverein of Graz, Wigmore Hall in London, deSingel de Antwerp, KKL of Lucerne and the operas of Frankfurt and Zurich.

In 2016 he made his recital debut at the Salzburg Festival with The beautiful molinera. With similar success in concert, has sung with Ivor Bolton, Nikolaus Harnoncourt, Sir John Eliot Gardiner, Gustavo Dudamel, Fabio Luisi Y Thomas Quasthoff at the Salzburg and Verbier Festival festivals, at the Musikverein in Vienna, the Mozarteum of Salzburg and Copenhagen. Since the season 2013/14 is a member of the Zurich Opera. It also made its debut with great success at the Salzburg Easter Festival, the Lyon Opera, el Theater an der Wien, the Komische Oper in Berlin, the Bayerische Staatsoper in Munich and the Opera Bastille. Returned to the Salzburg Festival, where he is regularly invited from 2012, as Ferrando in Così fan tutte in 2016 and like Andres in Wozzeck in 2017.

In season 2016/2017 will perform in recital in Bolzano, Lugano, Graz, Dortmund, Berlin, Aix-en-Provence, at the Musikverein in Vienna and at the Wigmore Hall in London, as well as a duet with the soprano Christiane Karg in Feuchtwangen, Colonia, Hamburg and the Hohenems Schubertiad. It will also debut at the Théâtre du Capitole in Toulouse and at La Scala in Milan, appearing for the first time as Belmonte in The Abduction from the Seraglio. In zurich, your artistic home, will be Don Ottavio in Don Giovanni and will act in the Orlando Paladino Haydn. In Munich Ferrando will sing in Così fan tutte. Among his latest recordings in 2015, the Wigmore Hall Edition edited The beautiful molinera Schubert, followed by a solo album with Schubert's lieder and in autumn 2016 presented a new Schumann lieder album with Sony.