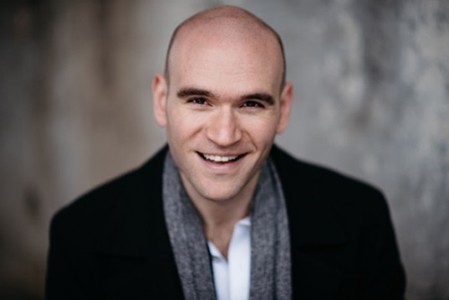 American tenor Michael Fabiano sing "Le Chevalier des Grieux" in the ópera Manon by Jules Massenet climbing on stage next 20 from January, in the 66 Opera Season in Bilbao ABAO-OLBE. "The most exciting tenor voice of the opera" according to the magazine Opera News, It has among its upcoming engagements performances in the most important opera houses in the world. This same month of January will act as the "Duca di Mantova" in Rigoletto at the Royal Opera House in London that will be broadcast live on 16; in March, "Rodolfo" in La Bohème at the Met in New York; in April will be "Corrado" Il Corsaro at Les Arts in Valencia and a recital at the Frankfurt Opera; "Sir Edgardo di Ravenswood" in Lucia di Lammermoor at the Met again in May; again it will play the role of "Duca di Mantova" Rigoletto this time at the Los Angeles Opera in June, and in July "Edgardo di Ravenswood" in a new production of Lucia di Lammermoor at the Sydney Opera House.

Michael Fabiano, what debut in ABAO-OLBE in 2011 with the role of "Edgardo di Ravenswood" in Lucia di Lammermoor next to Diana Damrau, It has been unanimously acclaimed by international critics and qualified in the Sunday Times as "Lensky in Eugene Onegin that has captivated audiences in Covent Garden 40 years", in the New York Times as "one of the most exciting and sought-after singers in the world", in Vanity Fair as "the leader of the opera tenor New York" or on the prestigious Opera Pro magazine as one of the seven most promising young tenors s. XXI.

Last season participated in Rigoletto and La Bohème at the Royal Opera in London; Manon at the Opera San Francisco with the same role as singing in Bilbao; Carmen in Aix en Provence; La Traviata and La Bohème at the Met in New York, as well as recitals and concerts in Venice, New York, London, Los Angeles or Dallas, among other actions. Fabiano replaces the originally planned Celso Albelo, who has canceled its commitment to ABAO-OLBE because of "a serious family matter" as the singer himself announced to the Association.