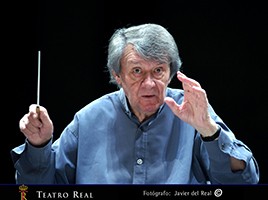 The title roles will be performed by the Bulgarian soprano Sonya Yoncheva,-who at the Real has sung in Don Pasquale and in Il regress d'Ulisse in patria, and that he is at a fantastic moment in his career- and the Franco-Italian tenor Roberto Alagna, that in the last function will be replaced by the North American Charles Castronovo, known to the Madrid public for his performance in Poppea et Nerone.

The opera, in a prologue and five acts, Romeo and Juliet, Charles Gounod, está inspired in the Dramatic Symphony – Romeo and Juliet from Hector Berlioz and in the opera I Capuletti and i Montecchi by Vincenzo Bellini, but it is closer to Shakespeare's tragedy than its predecessors, thanks to the libretto signed by Michel Carré Y Jules Barbier.

Released in 1867 staged by Georges Bizet, It was the first opera without spoken dialogue performed at the Opéra-Comique in Paris.. In his score, the new tendency of the French drame lyrique to move away from grandiloquence and delve into the psychic life of the protagonists already emerges.

The core of the opera are the four great duetti between Romeo and Juliet, integrated in turn into a musically cohesive whole through the articulation of different musical motifs.

In Roméo and Juliette the purely vocal virtuosity is much more contained than in Faust., and its presence is subordinated to the dramaturgy of the play. In this context, Gounod defines with greater precision the musical profile of the protagonists on the chiaroscuro of the social groups personified in the choirs, popular prayers and ballads. With this opera, Presented to the world at the Universal Exposition in Paris 1867, the composer said goodbye to the scene.