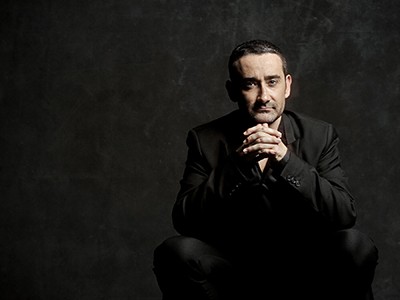 Good news continues to come about the ever-ascending career path of Enric Martínez-Castignani, when they met 25 years of his professional debut. The baritone will celebrate the anniversary by singing for the first time in the season of the Lyon Opera, recently awarded at the International Opera Awards 2017 "Best Theater". He will embody one of the leading roles in "Viva la Mamma" (G. Donizetti), in the new production Laurent Pelly, with the musical direction dand Lorenzo Viotti. Along with Enric will be artists like Patricia Cioffi, Laurent Nouri O Enea Scala.

It is not easy to set up a work without exaggerations in which the tensions of the operatic world are discussed, where situations are sometimes ridiculous and funny per se, and Pelly has achieved a dynamic staging, witty and funny. The production is part of a collaboration between the Opera de Lyon itself, and the Teatro Regio in Turin, the Grand Théâtre de Genève and will be broadcast worldwide on the Internet on 8 of July. The functions will take place between 22 June and 8 July 2017.

Participation in this production will be part of the celebration of the 25 years of a healthy and increasingly established career, that has not stopped offering Enric new goals and challenges. Since his debut in a recital the 8 May 1992 in Barcelona, his professional career has been marked by a natural, patient and careful evolution both vocal and artistic, that has taken him to theaters like the Royal Theater, Gran Teatre del Liceu, La Fenice Theater, the TelAviv Opera, the Rhine Strasbourg Opera, Opera Oviedo, ABAO or Teatro de la Maestranza among many others. In them he has worked directly with the most prestigious stage directors such as Robert Carsen, Willy Decker, Laurent Pelly, David McVicar or Mariame Clement or with conductors like Daniele Callegari, Riccardo Frizza, Gabriele Ferro, Neville Marriner, Leopold Hager or Sebastian Weigle among others. His debut in two productions as Don Alfonso will be part of the anniversary celebration (Così fan tutte), his return to the Royal Theater, a recital with pianist Iain Burnside and a staging of the “Winterreise Op. 89”By Schubert with the stage direction of Carlota Subirós.