Music and nature in the House of Tide Soano 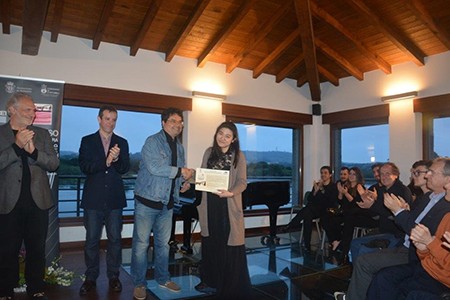 Last weekend's grand final was held CMCET 2017, in the House of Tide Soano, located in the beautiful setting of "The Trasmiera Ecopark", prize European Destinations of Excellence 2011 (EDEN) of the European Union; open-air museum, a unique space in Cantabria, to approach history, landscape, gastronomy and culture of this land tide.

the CMCET, born as a platform to support young performers to develop a career in music groups stable camera, It has established and, in its fifteenth anniversary, as an outstanding international meeting of young musicians, with the help of the organization established an endowment for scholarships for accommodation and transport, thereby facilitating the participation of young people from many different countries.

New in this special edition of the famous festival of chamber music Cantabrian, it has reached in its latest editions a high level of participation, the Department of Culture of the City of Arnuero has published a commemorative CD containing the works of composers or linked to Cantabrians Cantabria, which they were premieres of CMCET in recent years.

First Prize XV Chamber Music Competition Trasmiera Ecopark: Eastman Duo, formed by the American cellist Henry Chen and the young pianist Edith Widayani, in the year 2010 It was highlighted as the best pianist in Indonesia.