MyOperaPlayer, the largest theater in the world 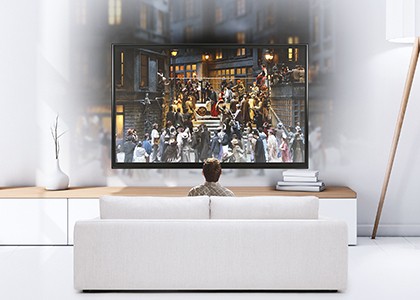 Last November, the video platform of the theater Real, MyOperaPlayer, with the vocation of becoming a theater of theaters in which opera lovers, dance and music could access as many titles as possible, both own production and other important national and international institutions.

In this first stage, the project has had the participation of large opera centers, as the Gran Teatre del Liceu, he China National Grand Theater, he Colón of Buenos Aires, he Municipal Theater of Santiago de Chile or the Bicentennial Theater (San Juan, Argentina) next to National Heritage, Albéniz Foundation Y RTVE.

Among the titles that will be available in the coming days is Capriccio, in the spectacular production of the Teatro Real last season, Madama Butterfly, from the Royal Opera House, Y Elektra, from the Paris Opera, on the lyrical plane.

Dance will see its presence reinforced with emblematic works such as Sleeping Beauty Y Swan Lake, performed by dancers from the Boshoi Theater, O Alice's Adventures in Wonderland, by the London Royal Ballet.

This new international projection of MyOperaPlayer It has been possible thanks to the agreement signed with Naxos, one of the most important labels in the recording and distribution of classical music in the world.

In the last two months, the Royal Theater has given free access in Spain to the complete catalog of the platform, while expanding content, accompanying fans and opening a new cultural horizon to other audiences during the long days of confinement. More of 52.000 people were part of the initiative with close from 4 million visits.

Starting now, MyOperaPlayer recovers its subscription format which, in the coming days, since last sunday, 10 of May, and until next time 17 of May, a special promotion of 50% discount that will allow you to purchase six-month passes for € 23 or one year, for € 40, which means less than 4 euros per month.

MyOperaPlayer has the technological development of Telefónica Y Samsung, and sponsorship Endesa.