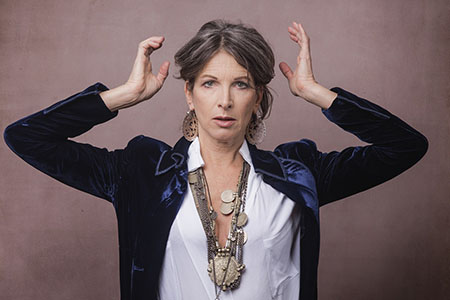 He Teatro de la Zarzuela will broadcast live through your youtube channel the last session of the master classes which since last Monday has been imparted by the international soprano Nicola Beller Carbone inside of the coliseum educational program. The broadcast will be starting at 6:00 p.m. next Sunday 27 of March, World Theater Day, will last approximately 60 minutes and during the same questions can be sent that will be answered by the interpreter herself or by the students at the end of the work.

The soprano Nicola Beller Carbone is distinguished by a peculiar artistic profile, in which he takes care of both the theatrical and musical aspects. Artist of great versatility thanks to a complete training in singing, piano, drama or classical dance, as well as his experience in shows of all kinds -Opera, concert, musical, street theater, cabaret or rock and jazz bands–, he has always sung in famous theaters and festivals as the Bavarian State Opera, La Fenice in Venice, Bregenz Festival, Paris National Opera, the Zurich Opera, the Teatro Real in Madrid or La Monnaie in Brussels, in which he has performed very many roles among those who have a predilection for Salome, Tosca, la Marie de ‘Wozzeck’ o Katerina Izmáilova de ‘Lady Macbeth de Mtsensk’.

Has been invited on several occasions to the Teatro de la Zarzuela to sing titles like 'The Grand Duchess of Gerolstein', 'The Villain' or 'The Wildcat'.

In recent years Beller Carbone has combined his activity as a singer with teaching, giving master classes in prestigious institutions of Munich, Madrid, Las Palmas de Gran Canaria or Florence, among other places.

In 2019 started FREEinCANTO, where do you teach from master classes for lyrical singers in which works acting and singing from imagination and creativity, combining the technique, the body, voice and intuition.