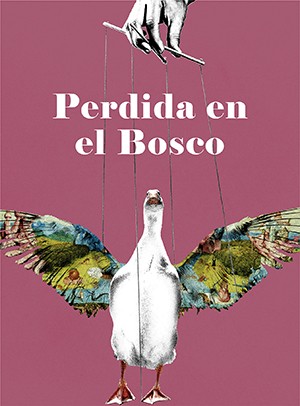 The Teatro de la Zarzuela presents 'Lost in Bosco', a magical dream of puppets and live music for young audiences

It is known that both children as young boys son priority in the artistic and educational project of Teatro de la Zarzuela. The purpose is that the public still without prejudice, go familiarizing themselves with the essence of our musical heritage Y theatrical so that end part of nature with little effort, using the intelligent fun as a way of learning. Walk in this direction 'Lost in Bosco', he new show of the theater, for the public from 6 years, coproduced with the Spanish-Canadian company Claroscvro, and signed by the two alma maters of this: Julie Vachon Y Francisco de Paula Sánchez. They will total 12 functions, Ten for school (of the 2 al 9 February), Y two are open to the family audience: Saturday 10 February at 11h00 and at 13h00. All of them Coliseum in Ambigú, made for the occasion in a cozy theater, and by now it is recognized as an artistic space more Plazuela de Jovellanos in.