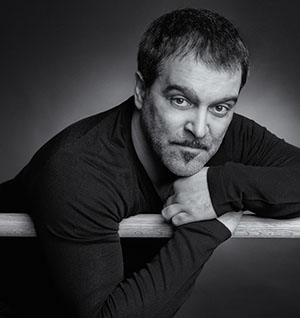 The famous Italian tenor Piero Pretti will be Pinkerton in the production of Madama Butterfly of the Palace of the Arts, with musical direction Antonino Fogliani and staging of Emilio López. Pretti, who will sing the days 10, 13, 16, 17, 19 Y 22 from December, will make his debut in Valencia as Benjamin Franklin Pinkerton, the American naval officer who has already performed with great success at the Metropolitan Opera in New York, la Bavarian State Opera de Munich, la Vienna State Opera, la Zurich Opera House, Paris National Opera, la German Opera de Berlín, or the Teatro di San Carlo in Naples, among others.

"Puccini requires a deep knowledge of the score and a clear understanding of its musical language, which is different from Verdi's as it is naturally also from other composers. further, a number of technical details must be taken into account when singing a Puccinian role because the breath changes due to bound, and also the accents and stolen”, Pretti points out, whose extensive repertoire ranges from belcanto (The pirate, Lucia of Lammermoor) al Verismo (Cavalleria Rusticana), with special attention to Verdi (A masked ball, La Traviata, The Troubadour, Rigoletto, Don Carlo).

Born in Sardinia, Piero Pretti is a regular guest at major opera houses such as La Scala in Milan, La Fenice in Venice, the Bavarian State Opera, the Vienna State Opera, the Teatro dell’Opera in Rome, the Liceu, the Teatro Real in Madrid, the Verona Arena or the Royal Opera House in London, and has collaborated among other internationally renowned directors, with Riccardo Muti, Gianandrea Noseda, Roberto Abbado or Myung-Whun Chung. Its immediate commitments include The Sicilian Vespers in Verdi, in the new production with direction by Emma Dante who will inaugurate the season of the Teatro Massimo de Palermo, and in a new production by Olivier Py that can be seen at the Deutsche Oper in Berlin; Besides, sing Rigoletto in a new production by Mario Martone for La Scala in Milan.