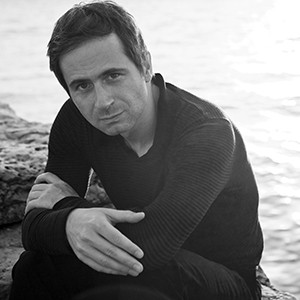 La London Symphony Orchestra It announced that, due to the announcement of Maria João Pires to withdraw from all its concert activity from January 2018, will be the pianist Piotr Anderszewski who accompany them at their concert in Madrid. The British group is planning a concert on Wednesday 7 of March, within the framework of the 48th season of the cycle Ibermúsica, under the baton of Sir John Eliot Gardiner.

Anderszewski (Warsaw, 1969) It is considered today as one of the most unique musicians on the scene today and is among the highlights of his generation. Thus, usually it is acting in concert halls leading worldwide. In recent seasons he has been through Vienna Konzerthaus, Zurich Tonhalle, New York's Carnegie Hall or the Southbank Center in London. Among his collaborations with orchestras include appearances with the Berlin Philharmonic and Staatskapelle Berlin, Chicago Symphony Orchestra, London Symphony Orchestra, Philadelphia Orchestra y Royal Concertgebouw Orchestra.

Throughout this season the pianist has commitments with the Vienna Philharmonic, the Budapest Festival Orchestra is the Orchester de Paris. Recital format can be heard at the Symphony Center in Chicago, the Concertgebouw in Amsterdam and in London Barbican Center.

In addition to being recognized for his performances of the German repertoire - his name is linked to the Diabelli variations, opus 120, The Ludwig van Beethoven, the pianist has been equally acclaimed for its approach to the work of other artists like Szymanowski, Janacek of Chopin. also it highlights one of his recordings of works by Robert Schumann, which he received several awards, including a ECHO Klassic in 2011.

Anderszewski's extraordinary prowess has made him the subject of several productions by filmmaker Bruno Monsaingeon, author of documentaries about other great musicians like Yehudi Menuhin, Glenn Gould o Sviatoslav Richter.