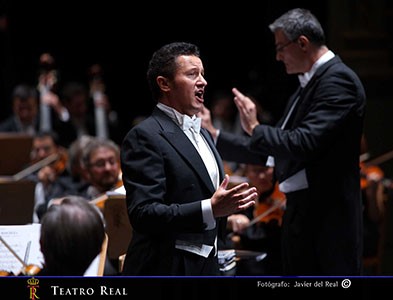 He Teatro Real will close its cycle of Las Voces del Real with the concert starring the tenor Piotr Beczala, undoubtedly one of the great stars of the world of current lyric, which will take place next Saturday, 1 of May, to 19.30 hours, and in which it will be accompanied by the Head of the Royal Theatre Orchestra under the direction of Łucasz Borowicz.

His care in choosing the repertoire, his vocal flexibility, his mastery of the technique and the color of his voice have made him the great desired by the most important theaters in the world, through which he passes with unusual simplicity and warm treatment.

For your appointment at Madrid, Beczala has had a significant presence of composers from Poland in the program, your country of origin. Authors less known to the general public such as Stanislaw Moniuszko, father of polish opera; Władysław Żeleński, the great representative of neo-romanticism in his country, or the laureate Feliks Nowowiejski, to name a few.

Will not be missing, but nevertheless, arias from operas like Turandot, from Puccini, O Cavalleria rusticana, from Pietro Mascagni, Y Andrea Chenier, from Umberto Giordano, authors with whom the tenor enters the verista territory on the path of natural evolution of his voice, without losing the domain and brilliance of its extensive registry, but now giving it more dramatic expressiveness, as shown in the album recorded last year in which he already makes the roles that are to come his own..