“Plataea”, of Rameu, premieres at the Liceu under the baton of William Christie 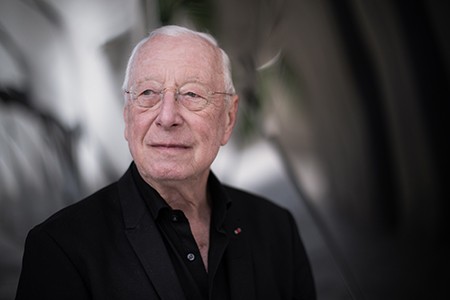 Title Badge Illustration, Plataea It is a baroque jewel and also the most cheerful page of the composer Jean-Philippe Rameau, that speaks of the obsession of the nymph Platée for the love of Jupiter.

The opera, concert version, It will be released in Spain under the direction of William Christie y Les Arts Florissants, and will resonate for the first time on the stage of the Liceu with the voices of Marcel Beekman, Emmanuelle de Negri, Jeanine de Bique, Emilie Renard y Edwin Crossley-Mercer.

The schedule of the function is advanced to 7:00 p.m. to allow all the public to return to their homes before the curfew established by the restrictions of the pandemic.

The public of Gran Teatre del Liceu you can enjoy the Spanish premiere of the opera Plataea, concert version, from Jean-Philippe Rameau the next 3 February. Despite being one of the most important operatic composers of the Enlightenment, it has rarely been heard in our country. With the work schedule, he High school let this French baroque opera be heard for the first time within its walls, from the hand of one of the best musical directors specialized in this period: William Christie, with the vocal and instrumental ensemble Les Arts Florissants.

An artistic cast that adds to an excellent vocal cast, led by the dutch tenor Marcel Beekman (Plataea), a veteran specialized in baroque repertoire. The cast is completed by a balanced set of young voices and others with a well-established career where the sopranos stand out. Emmanuelle de Negri (Love / Clarine), Jeanine de Bique (La Folie), mezzosoprano Emilie Renard (Juno), the bass Edwin Crossley-Mercer (Jupiter), the tenor Cyril Auvity (Mercure) and baritone Marc Mauillon (Citheron).

Jean-Philippe Rameau composed Plataea to represent her at Versailles in 1745, on the occasion of the wedding of Louis XV with the Infanta María Teresa of Spain. It was a special event and Rameau decided to do it from humor and dance, with traits of lyrical comedy. From an original libreto by Jacques Autreau, adapted by Adrien-Joseph le Valois de Orville, the work exposes how false vanity carries the price of humiliation and mockery. In this way, the plot draws Platée's obsession (an aquatic nymph) for the love of Jupiter and how he prepares a great joke. In the end, in full wedding, the deception becomes visible, and Platée, humiliated, jumps back to his swamp.

Platée is one more work from the late Baroque period that delves into classical sources and mythological stories. His language is closer to Eighteenth century -the sung parts maintain the balance between the narration and the virtuous display in the ornaments-, completed by a vibrant orchestration, colorful and surprising for its wonderful richness of shades. In this sense, the score is full of great musical moments like the one played by Platée in the second act with To the aspect of this cloud, the longest individual part of the entire opera. The character of La Folie also faces in the second act a piece that requires great technical skill and ability to concentrate.: To the languor of Apollo. Jeanine De Bique will be in charge of singing a tune with dizzying ups and downs of scale, with a high interpretive demand.

The Gran Teatre del Liceu has worked since the beginning of the pandemic to enable a series of measures adapted to guarantee health security within the Teatre. A protocol that has the purpose of complying with the regulations of the Department of Health and the specific conditions of the Procicat in terms of cultural spaces.

With the intention of ensuring to the maximum that the Lyceum is a safe space, we remember that the use of a mask and hydroalcoholic gel is mandatory inside the Theater. Other measures include temperature control at entrances, constant disinfection of spaces, the permanent renewal of the air through two new fans that were installed in August 2020, cloakroom disabling, and the use of digital format for handheld programs.

So that the public can return home before curfew, the time of the function will be at 7:00 p.m.