WHAT A RUSSIANS ARE COMING!: Josep Pons directed five orchestras and the most famous Ballets Russes 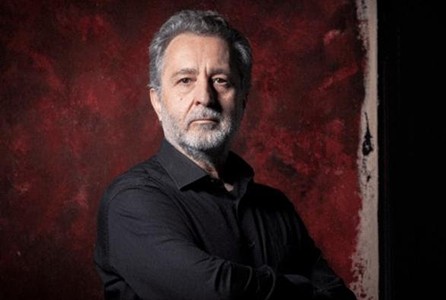 ONLY MUSIC! WHAT A RUSSIANS ARE COMING! is the fifth edition of the biennial musical marathon that the National Broadcasting Music Center (CNDM) and the National Music Auditorium (both units of the National Institute of Performing Arts and Music, INAEM, under the Ministry of Culture and Sports), organized for eight years to join the activities planned thread "Music's day", commemoration is celebrated throughout Europe every 21 June with the arrival of the summer solstice.

Following the success of the past four editions in the years 2011, 2013, 2015 Y 2017, with more of 86.000 viewers spread over 54 hours of music and 93 concerts, this edition will take place Saturday 22 of June (11am. a 24h.) the interpretation of excerpts and complete works of most famous Russian ballets, in one day and for five different orchestras. The main objective of this event is still attracting new audiences or those less usual concert halls. And all at popular prices.

This program was born four years ago joined the editing JUST MUSIC! 2015 where the integral is interpreted Tchaikovsky symphonies (directed by Juanjo Mena), but its breadth of content required a specific edition. Igor Stravinski's admiration for the work of Pyotr Ilyich Tchaikovsky vertebra a musical program featuring the very large ballet from Chaikovski (Swan Lake, Sleeping Beauty Y The Nutcracker), the three most popular ballets from Stravinski (The firebird, Petrushka Y The Rite of Spring), to which the ballet will be added Romeo and Juliet Sergey Prokofiev (next to homónimo de Chaikovski), the Jazz Suite Dmitri Shostakóvich, Scheherezade Nikolai Rimsky-Korsakov and the Polovtsian dances (Opera Prince Igor) de Aleksander Borodin. Almost a century of musical history incidental Russian from Polovtsian dances, from 1869, a The firebird from 1945.

Between the 12 hours and 19.15 hours, Auditorium will vibrate from the Hall of Tapestries with jazzy improvisations on works scheduled that enliven the breaks all those viewers who choose to live the whole marathon. Starting at 19.30 hours the party will also move to outdoors in the square of Rodolfo and Ernesto Halffter (square in the access to the Symphony Hall of the National Auditorium), with the deferred transmission Concert Orchestra Spanish Radio-television and live concerts by the National Orchestra of Spain (19.30 hours) and the National Youth Orchestra of Spain (22.30 hours). At the stroke of midnight, the day will end with Fireworks the pace of Music for the Royal Fireworks Haendel.

With more of 13 hours of uninterrupted music in three different spaces Auditorio Nacional (Symphony hall, Tapestry Chamber and the open-air auditorium in the Plaza de Rodolfo and Ernesto Halffter) ONLY MUSIC! It will meet on the same day plus 500 interpreters symphony orchestras grouped into five (Madrid Symphony Orchestra, Community of Madrid Orchestra, RTVE Symphony Orchestra, Spain National Orchestra and National Youth Orchestra of Spain) and a jazz band they perform a total of 11 works along 7 concerts.

ONLY MUSIC! It maintains its goal of reaching everyone. A) Yes, for him usual average price of a symphony concert you can enjoy all activities in the Symphony Hall of the National Auditorium (fertilizers 17,50 a 52,50 euros for 5 concerts, Y from 12 a 36 euros in the case of mixed fertilizers allow you to choose a concert in the morning and two afternoon / evening). The locations They are priced 5 a 15 euros for the general public and 4 a 12 euros for children 30 years. He Jazz Hall of Tapestries and outdoor activities will have free access. The ticket sales will be available until the 5 of May and the locations from 8 of May in the usual sales channels CNDM (National Auditorium ticket offices and theaters INAEM, tel 902 22 49 49 and the web www.entradasinaem.es)

Spanish radio and television, also present in previous editions, will record the symphonic part to be broadcast later in his weekly program dedicated to classical music.

The image This year is a An original artwork by illustrator Ivan Solbes Madrid.

A baton to direct all

Josep Pons (Puigreig, 1957) He began his musical training at the prestigious Choir of Montserrat. The secular tradition and intense study of polyphony and contemporary music in this center marked their further development both musical and intellectual. In 1999 He received the National Music Award of Spain for his outstanding work in music of the twentieth century.

As musical director of the Gran Teatre del Liceu, Barcelona directs several productions each season, among which have been Romeo and Juliet, Tristan and Isolde, Don Giovanni Y Elektra. This season he directed operas Katya Kabanova, Rodelinda and the world premiere of L'Enigma Lea Casablancas, as well as several symphonic concerts. Pons also holds the position of Honorary Director of the National Orchestra of Spain, where he was artistic director for nine years, time when its international facet consolidated and honorary director of the Orquesta Ciudad de Granada.

Discography of Josep Pons, more than 50 CDs and DVDs, mostly published by Harmonia Mundi and Deutsche Grammophon, It includes some recordings of Manuel de Falla and French repertoire whose interpretations have been considered reference and awarded numerous awards. His recording Nights in the Gardens of Spain Javier Perianes obtained a "Choc de la Musique", Melancholia Patricia Petibon received the "Gramophone Editor's Choice" award and its collaboration with Tomatito earned him a 'Latin Grammy ". His last recording Sinfonia Berio and early songs (Mahler/Berio) with the BBC Symphony Orchestra and Matthias Goerne has received the "Award of the BBC Music", the "Choc de la Musique" and "Télérama Ffff", besides being between 10 best albums of the year Presto Classical.