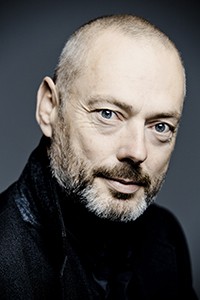 the tenor Mark Padmore participates in the XXIII Lied organized by the CNDM and it takes place in the Teatro de la Zarzuela. He will be accompanied on the piano by Roger Vignoles. The first great cycle of Schubert, the beautiful Miller, as the second, Winterreise, on poems by Wilhelm Müller, It is the beginning of a long journey, the optimistic principle, Searching for love; a transfer confident, effusive and dreamer who will soon see you muddied your expectations for the slights. A myriad of emotions, new experiences that we will count the protagonist viva voce from the cheerful game (The walk) until the final post, the almost funerealThe brook Lullaby. The vicissitude will be in fine voice stylist who is Padmore, linking to the domain effusion accent and regulators.

Mark Padmore was born in London and grew up in Canterbury. After starting his clarinet studies, He won a scholarship to study at King's College, Cambridge, graduating in music. It has forged a brilliant career in opera, concerts and recitals, with interpretations of Bach's Passions that have achieved worldwide recognition. In opera he has worked with directors Peter Brook, Katie Mitchell, Mark Morris y Deborah Warner, recently playing the roles of actors Harrison Birtwistle's operas The Corridor and The Cure at the Aldeburgh Festival and the Linbury Theatre, and Handel Jephtha for WNO and ENO, Captain Vere in Britten's Billy Budd and the role of the Evangelist in a production staged in the St. Matthew Passion at Glyndebourne. She also played Peter Quint (Turn of the Screw de Britten) in a TV production for BBC and recorded the title role in La Clemenza di Tito with René Jacobs for Harmonia Mundi. His upcoming roles include the Third Angel (John) en Written on Skin de George Benjamin en la Royal Opera House de Londres.