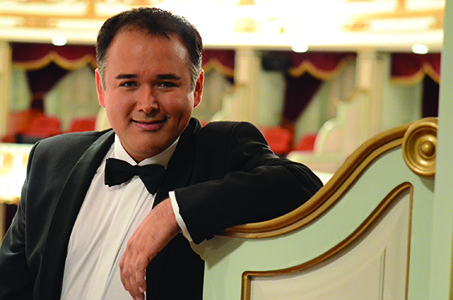 He Teatro de la Zarzuela in Madrid again be in luck, this time thanks to the second highlight of his Concert series. What will live on Sunday 19 of November (18h00) This arena will be a absolute milestone and hardly repeatable: he Mexican tenor Javier Camarena, worldwide sensation lyric since some years, will offer for the first time in his career a concert full of zarzuela. On this special occasion it will be accompanied by the BARREL, Theater Orchestra holder, directed by fellow Mexican Ivan Lopez-Reynoso.

Camarena will give the public its fascinating vocal agility, the dazzling beauty of her singing, his irreproachable fraseo, the gifts and talents with which travels the world between riotous cheers and enthusiastic, extensive and unanimous ovations. It is not in vain, with Luciano Pavarotti and Juan Diego Flórez, one of the only three singers whom the public of the Metropolitan Opera House in New York has made an aria repeat in 70 years.

Now, that admirable and subtle voice will travel some of the most celebrated pages of our lyrical genre by excellence. Romances of ‘Luisa Fernanda’, 'Francisquita Dona', 'The hawks', ‘The tenorial trust’, ‘Emigrants’, ‘The last romantic’ or ‘The tavern of the port’, Federico Moreno Torroba, Amadeo Vives, Jacinto Guerrero, José Serrano, Tomás Barrera and Rafael Calleja, Reveriano Soutullo and Juan Vert, Pablo Sorozábal, Gerónimo Giménez, Pablo Luna and, how not, Ruperto Chapí, whose preludes to ‘La revoltosa’ or ‘The Grenadier Drum’ will give a good account of the musical mastery and the solid temperament from Lopez-Reynoso, who with only 23 years was Alberto Zedda elected as the youngest master of the Accademia Rossiniana Pesaro, and that, In addition to pianist and violinist, also it enjoys being a virtuous countertenor.

In the Teatro de la Zarzuela, Magic is served.