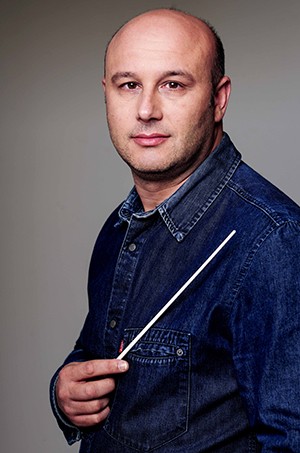 After directing Anna Bolena in Rome, Falstaff in Dallas Aida in Venice, Italian director Riccardo Frizza returns to Spain to take command of the new production La Traviata which premieres in August Castell de Peralada Festival (Girona), the most important opera event of the Hispanic world. Frizza debuted in Verdi's work 2005, when he was in a dozen titles repertoire of legendary composer. "I had the offered several times, but until I was sure to do it in optimal conditions, I preferred to wait ". The right moment came at the Teatro La Fenice in Venice, where Verdi himself premiered his work. "With Rigoletto e The Troubadour, I had directed, La Traviata verdiana forms the popular trilogy ", recalls the director. "The melodies of this masterpiece as part of the soundtrack of the West. Who does not know, for example, his famous Brindis? Verdi, with their melodies, He knows how to reach people's hearts and in Peralada we can relive that same feeling ".

Frizza believes that the work presents a very advanced frame to his day, "With an extraordinarily modern protagonist. With this opera Verdi dared to propose as the main character a queen, but a prostitute. When the play opened, in Italy and across Europe were completely patriarchal families, but Violetta rebels, fight for his love who could have been his father ".

Peralada Frizza will command of the Symphony Orchestra of the Gran Teatre del Liceu in Barcelona before the soloists Ekaterina Bakanova, René Barbera y Quinn Kelsey, a mounting Paco Azorín. The functions are scheduled for 5 and the 7 of August.

The next day Riccardo Frizza will move to Solsona (Lleida) to participate, between 8 and the 11 of August, the International Music Academy of Solsona (AIMS) to rehearse with the Symphony Orchestra composed of musicians participating in the Academy and then direct the performers selected in the second Symphony Beethoven.

later, and in September, Riccardo Frizza comenzará temporada 2019-20 inaugurating the course of the Opéra National de Paris I Puritani, Bellini, before directing the start of the season with ABAO Opera Bilbao Lucia of Lammermoor.