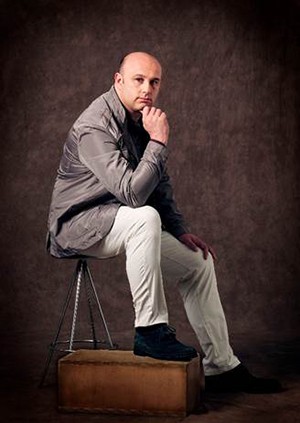 The Italian director Riccardo Frizza returns this July to the podium of the Verona Arena festival to direct in the show The Italian heart of music, a lyrical gala in which some of the best voices of international lyric linked to the popular Veronese contest will participate. The gala, offered in memory of the victims of the pandemic and as a tribute to Italian health professionals, will feature singers from that country like Francesco Meli, Fabio Sartori, Roberto Aronica, Fabio Armiliato, Annalisa Stroppa, Barbara Frittoli, Eleonora Buratto, Luca Salsi, Leo Nucci, Daniela Barcellona or Ferruccio Furlanetto, who are joined by many others such as María José Siri or Saimir Pirgu. Master Frizza will share the podium with Marco Armiliato's batons, Andrea Battistoni and Francesco Ivan Ciampa.

This is the second tribute to the victims of Covid-19 in which Riccardo Frizza participates. On Sunday 28 June he put himself in command of the Messa da Requiem by Donizetti thanks to an initiative of the Donizetti Opera Festival in Bergamo for which he is responsible for music, event held at the gates of the Monumental Cemetery of the Lombard city that was broadcast by the RAI and which was attended by the highest Italian authorities headed by the President of the Republic, Sergio Mattarella.

Although maestro Frizza had to have inaugurated in September the season of the Opéra National de Paris with L'elisir d'amore, commitment that has been canceled in the wake of the health crisis, Commitments are waiting for you soon in Bergamo (Belisario, Marino Faliero), Barcelona (Donizetti concert with Sondra Radvanovsky, Otello in Verdi), Montecarlo (bel canto gala) and paris (La Sonnambula), among others.