Riccardo Frizza returns to the Liceu with Rigoletto 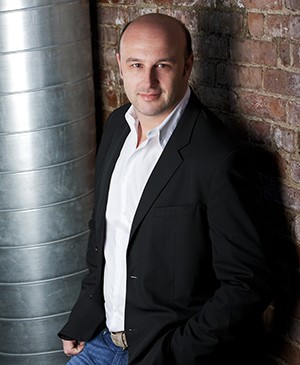 The musical director Riccardo Frizza back in March and April podium Gran Teatre del Liceu Barcelona to lead 13 functions of the opera Rigoletto from Giuseppe Verdi. The laureate teacher is one of the great directors of Italian operatic repertoire (the press has hailed him as "the new director of Verdi of his generation") bel canto and romantic.
They know this very well in Barcelona coliseum, in which the teacher has recently directed Frizza I Capuleti e i Montecchi, from Bellini, great personal success with audiences and critics. Another of the most important works of this composer, Rule, He directs during the month of February at the Lyric Opera of Chicago, just before putting the baton of liceísta Rigoletto.

Regular guest theaters like the Metropolitan in New York, La Scala in Milan, La Fenice in Venice, the Opéra National de París, the Bayerische Staatsoper in Munich or the Rossini Opera Festival, Frizza teacher has also developed a wide symphonic career against most of the major orchestras of Europe and America.

After these functions Rigoletto in Barcelona you -days 21, 22, 24, 25, 26, 28, 29 Y 30 March and 1, 2, 3, 5 Y 6 of April-, Italian director will face a symphonic concert at the Teatro Grande in Brescia (Italy) with the Philharmonic of La Fenice and will return to La Fenice in Venice to direct nine performances of Lucia di Lammermoor.