Rinaldo by Haendel The Inglés Concert at the National Auditorium 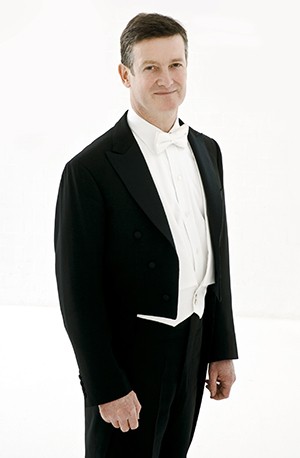 He Sunday 11 March at 18 hours, the cycle Universe Baroque Music National Broadcasting Center (CNDM) It presented in Symphony Hall of the National Auditorium Music Opera Madrid Rinaldo Georg Frideric Haendel, work containing several true hits Baroque opera, as the very famous Aryan Let me cry O Dear bride, face lover. Released in February 1.711 the Queen's Theater in London, This is the first English title Haendel and one of its most prized works today. The mythical set The English Concert directed by Harry Bicket he will perform, concert version, with British countertenor Iestyn Davies in the title role, wrapped by a cast of absolute specialists in this genre. According to The Guardian: "Under the expert direction Bicket, The Inglés Concert performed an exquisite interpretation and revive this convoluted score full of wit and charm. "Tickets for Madrid, with an overall price of 15 € to 40 €, and discounts up 60% for those under 26 and unemployed (entries “Last minute”, with purchase from one hour before the concert hall box office) and are on sale at the box office of the National Auditorium and INAEM theaters, plus online sales www.entradasinaem.es and by phone at 902 22 49 49.

Belcantismo testbed
According to Arturo Reverter: “There is no doubt that Rinaldo It is one of the most famous operas of Haendel…a real salvo at the time, shortly after the composer landed in London after his first dabbling in Germany and his stay in Italy. His taste for bel canto, not the ornaments and pure virtuosity, but the full sentence that carries auditor singer and breathe at the same time, shows the way. In this as in other operas, in its perennial quest of the most impressive vocal effects, Haendel raised great demands on the soloists. He was called to the main resources of a belcantismo beginning to acquire its season and then coming from the hand of the leaders of the singing schools, which they established the sacrosanct golden rules that would govern and enhance the art, you raising it to heights never reached inaccessible after. All this mandatory voice, that it would develop and refine over time, It was applied and, naturally, to operas of the first second, or, if you will-period Haendel. Rinaldo It would be a great test. All sources agree that music was ready in about two weeks, revealing the ease of the composer and his ability to use music from previous scores, something that had already practiced in Agrippina. For example, Aryan Let me cry It comes from an instrumental sarabanda of Almira, already included, with another letter (Leave the plug), in his opera The Triumph of Time and Disillusion.”

Recognized as one of the best chamber orchestras in the world for its exquisite performances of baroque and classical music, The English Concert treasures from 1973 extensive experience guided in the beginning by its founder Trevor Pinnock, his successor Andrew Manze, and the current artistic director Harry Bicket. His extensive discography award-winning recordings include more than one hundred masterpieces from Bach to Purcell and Handel to Mozart, as well as some of the most important contemporary artists. Collaborations with renowned guest conductors, including clavecinistas Laurence Cummings, Christian Curnyn and fortepiano interpreter Kristian Bezuidenhout.
Within his philosophy is the pursuit of innovation in their collaborations, both musical theater and opera; ranging from the Buxton Festival, Shakespeare's Globe and the Sam Wanamaker Playhouse, to even out fearlessly outside the traditional halls to reach new audiences. The orchestra is also deeply influenced by the literature, celebrating two seasons ago 400 Anniversary of the deaths of William Shakespeare and Miguel de Cervantes: the adventures of Don Quixote through the music of Purcell and Telemann, or musical performances Bard A Midsummer Night’s Dream Y Giulio Cesare in Egitto He is embarking on a tour of Asia. Today made a world tour with a series of operas in concert, production Carnegie Hall in New York, Haendel (Radamisto -Daniels, Pisaroni, Rae-, Theodora -Röschmann, Connolly, Argument-, Alcina -DiDonato, Coote, Rice-, Hercules -Rose, Coote, Watts- Y Orlando -Davies, Sampson, Cooke-), Continuing the success of previous seasons.

He is known internationally as an opera and orchestra, Harry Bicket It noted for its interpretation of Baroque music and classical. In the year 2007 He became the artistic director of The Inglés Concert, one of the best orchestras in the UK and 2013 He was named director of the Santa Fe Opera, opening the season 2014 with a Fidelio acclaimed by critics and audiences. Born in Liverpool, He studied at the Royal College of Music and the University of Oxford, In addition to being an accomplished harpsichordist. Among the most outstanding productions in the United States and Canada are The Marriage of Figaro Y Rusalka, con la Houston Grand Opera; Mohammed Y Hercules with the Canadian Opera Company and Rodelinda, La clemenza di Tito Y Giulio Cesare in Egitto with the Metropolitan Opera has visited in Europe, among others, the Liceo de Barcelona (Agrippina, Lucio Silla), Opera of Bordeaux (Alcina) y el Theater an der Wien (Iphigenia in Tauris) with the Oslo Philharmonic, in addition to his appearances at the BBC Proms (Samson, Mass in B minor, Being Both with Alice Coote). In the year 2001 its first production in Barcelona, Julius Caesar, earned him the “Critics Award for Best Director of Opera”. In 2003 their version of Orlando Handel at the Royal Opera House Covent Garden received an Olivier Award nomination for 'Best New Opera Production'. His recordings today with The Inglés Concert include releases for labels such as Virgin Classics, Chandos and Harmonia Mundi.