Roberto Abbado made his debut in Don Pasquale with ABAO 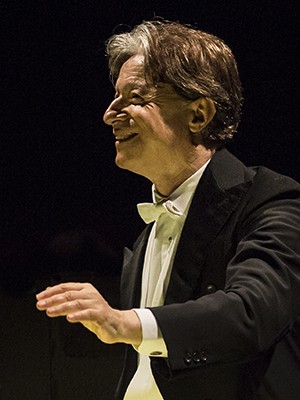 Milanese orchestra director Roberto Abbado, one of the most sought after conductors of the international music scene, It will take the podium of the emblematic Palacio Euskalduna, in his debut in the new season 2017/2018 of the Bilbao Association of Friends of the Opera (ABAO-OLBE). The famous Italian director will head the Euskadiko Symphony Orchestra and Opera Choir of Bilbao, to direct the famous and great opera buffa Gaetano Donizetti, Don Pasquale, returning to Bilbao after his last performance in 1995.

After its extraordinary success at the opening last Rossini Festival in Pesaro in front Orchestra Sinfonica Nazionale of della Rai with the lyrical tragedy Corinth Headquarters, the maestro Roberto Abbado, codirector current holder of the Palau de les Arts in Valencia and the new musical director of the Verdi Festival in Parma (hold that post from 2018), will lead the next 18 November "the most balanced and perfect work of Donizetti", in the words of Italian director himself. Jonathan Miller, this impressive production firm Maggio Musicale Fiorentino, recreating a giant German dolls house late eighteenth century. The vocal cast will be led by bass-baritone Carlos Chausson (Don Pasquale), soprano Jessica Pratt (Norina) and tenor Santiago Ballerini (Ernesto). There will be performances on 21, 24 Y 27 of November.