Up for auction a letter from Richard Wagner 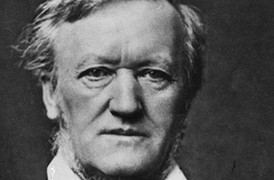 A handwritten letter from the German composer Richard Wagner dated in 1881 will go up for auction next 24 October at the house specializing in art and collecting The following, from Barcelona. It is an autograph text signed by the famous composer, of whom this year the bicentenary of his birth is being celebrated throughout the world. Made in blue ink on paper, “It is written in French and Wagner wrote it to the director of “The Spanish Illustrated Newspaper”, according to the director of La Suite, Beatriz du Breuil. “The letter has been sent to us by a Barcelona collector of objects related to Wagner and his work, and it is a letter that was already recorded in the book Correspondence of Wagner in Spain (1991), by Jordi Mota and Maria Infiesta. The letter was part of the collection of the Wagnerian architect César Martinell, but it was unknown if it had ever been published”.

According to the aforementioned book, in which said letter is transcribed translated into Spanish, Wagner comments with the director of El Periódico Ilustrado Español ramblings about the character of Lohengrin and it is unknown if it was finally published. It is assumed, second Mota and Infiesta, that Wagner would have sent it on the occasion of the bicentennial of Calderón's death (1881) which coincided with the premiere of the opera Lohengrin in Madrid.