Salvador Vázquez conducts The Barber of Seville at the Cervantes Theater 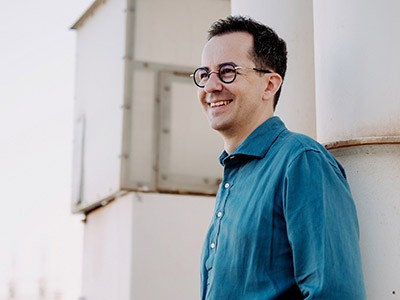 conductor and pianist Salvador Vazquez will be in charge of the musical direction of the assembly The Barber of Seville by Rossini that can be seen at the Cervantes Theater the days 24 Y 26 February within the XXXIV Lyrical Season of Malaga. Recognized as one of the most important conductors of the new Spanish generation, Salvador Vázquez has a career increasingly oriented to the world of opera. He is currently artistic director of the Andalusian Youth Baroque Orchestra (JOB).

The great opera opera buffa in two acts by Gioachino Rossini was premiered on 20 February 1816 at the Teatro Argentina in Rome, with a libretto by Cesare Sterbini based on the homonymous comedy by Pierre-Agustin Caron de Beaumarchais. Considered one of the great masterpieces of comedy within music, tells the adventures of a couple in love made up of the Count of Almaviva and the young orphan Rosina.

In the words of Salvador Vazquez, “I feel very happy to return to the Lyrical Season of the Teatro Cervantes in Malaga, the home that has given me so many opportunities from the beginning. In addition to doing it with a title from the essential operatic repertoire such as Il Barbiere di Siviglia, together with great colleagues by profession and my beloved Málaga Opera Choir”.

A PROFILE VERY LINKED TO THE OPERA

Salvador Vázquez is one of the most vibrant and charismatic artists of the new generation of conductors in Spain..

Salvador has extensive operatic experience since his days as a repertoire. In season 2018/19, debuted at the Tenerife Opera, with an acclaimed new production of the Spanish opera The Wildcat Manuel Penella. In 2018 led with great success Rigoletto in Verdi, in the Opera Season of the Teatro Cervantes in Malaga, in addition to great works of the choral symphonic repertoire such as Stabat Mater Rossini or Verdi's Requiem. He has also collaborated as an assistant director with the Teatro de la Maestranza on numerous occasions and with teachers such as Jordi Bernácer, They have such, Manuel Hernandez Silva, Pablo González, Sunday Hindoyan, Alvaro Albiach etc..

This extraordinary musician has been awarded several times, in 2015 received the 'Ciudad de Málaga' Award for the best musical work. In 2016 won the First Prize of the Córdoba International Orchestra Conducting Competition. He was also a finalist in the 56th Edition of the Besançon International Conducting Competition, chosen between 270 candidates from all over the world.

He has been principal conductor of the Malaga Opera Choir between (2013-2021) and is currently artistic director of the Andalusian Youth Baroque Orchestra (JOB).