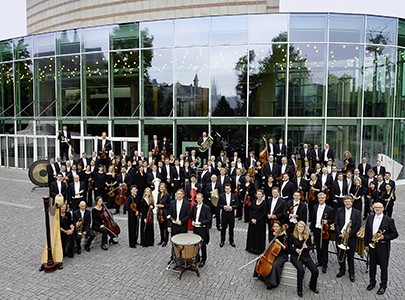 True to its commitment to the Czech musical tradition, the Bamberg Symphony It is designed for concert at the 48Season Ibermúsica a program that includes works by two of the most representative composers of the central European country: Cream Y Dvořák. The next 11 November 2017 the German grouping will address Vltava, one of the symphonic poems included in My Country (My country), by Smetana; Y symphony No.. 9 "From the New World", de Dvorak, His best known work, composed during the musician's stay in the United States in the year 1893. Complete the program on Violin Concerto, Finnish composer Sibelius's, coetáneo the Czech teachers.

The Bamberg Symphony will be directed by its principal conductor from 2016, Jakub Hrůša, and will feature violinist Viktoria Mullova the. Founded by German and Czech musicians seven decades ago, especially in his repertoire include compositions of the eighteenth and nineteenth centuries. This time, will address part of My country, one of the works he has staged his latest album. The performance of the Bamberg Symphony is the first visit of a German group to the current season of Ibermúsica, It has designed a cycle with a significant representation of orchestras in this country.

The concert of this group in the cycle founded by Alfonso Aijón part of his Spanish tour, which will also take you to San Sebastián (9 of November, Kursaal auditorium); Barcelona (10 of November, Palace of Catalan Music), where the cyclone season opens BCN Classics; and Valencia (12 of November, Palau de la Música).