Soloists of the Cadaqués Orchestra to premiere Septimino 7 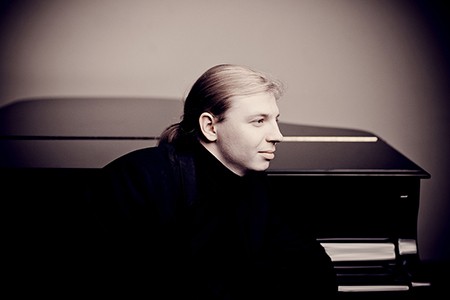 During last season, he National Dissemination Center Musical (CNDM) Catalan composer commissioned a piece for seven instruments. The result has been by Septiminus 7 that next Tuesday 14 You will have its world premiere at the National Music Auditorium in Madrid. Responsible for implementing this septet will be Soloists of the Orchestra of Cadaqués: Sara Bitlloch (fiddle), Miquel Córdoba (viola), Marius Díaz (cello), Toni Garcia (double bass), Joan Enric Moon (clarinet), David Thomas (fagot) Y Maria Rubio (horn).

In this work, is added Quintet 'trout', with pianist Denis Kozhukhin, composed by Schubert to the 22 years old and whose name is due to the subject employee in the fourth movement, identical to that of the lied The trout (trout); and popular Septet in E flat major, Beethoven, dedicated to Empress Maria Theresa. Schubert was just a big fan of the Septeto Beethoven and fascination that later materialized in his Octet.

Cadaqués Orchestra, which they are part of the musical septet that will accompany Kozhukhin, It formed in 1988 from a group of young Spanish musicians and other European countries that had clear objectives as an orchestral training: work closely with contemporary composers, retrieve a legacy of Spanish music and drive solo career, composers and emerging directors. Mediterranean origin but with a clear vision cosmopolitan, Cadaqués Orchestra was quickly recognized in music quality and commitment of its musicians and the dynamism of its projects.

directors like Sir Neville Marriner, Gennady Rozhdestvensky O Philippe Entremont They patronized the project as did Alicia de Larrocha, Victoria de los Angeles, Teresa Berganza, Paco de Lucía O Ainhoa ​​Arteta, among others. Future engagements include the inaugural concert of the Festival of Bremen in August 2017, three concerts in the Grosses Festspielhaus Salzburg in October 2017, a tour with Vladimir Ashkenazy in May 2018, and his return to Austria and Slovakia 2019, among others.

On the other hand, Kozhukhin, pianist represented by Ibermúsica, It was unveiled on the international stage after winning in 2010, and with 23 years, First Prize in the Queen Elisabeth International Competition in Brussels. Their performances stand out for their extraordinary technique, to which is added an acute intelligence, maturity and wisdom, which allows an immediate connection with the audience.

In season 2014/15, He toured China with the BBC Scottish Symphony, he performed at the Salzburg Festival and the Teatro Colon in Buenos Aires along with soloists from the West-Eastern Divan Orchestra, under the direction of Daniel Barenboim. Has offered, as well, recitals in the Master Pianists series of the Concertgebouw, Philharmonie Cologne, Wigmore Hall, Auditorium of the Louvre in Paris and the International Piano Series in London, as well as the Lucerne Festival, Vienna Konzerthaus and Celebrity Series of Boston. After his first album with Onyx Classics, the Piano sonatas No. 6, 7 Y 8, from Prokofiev, was edited recording of the Sonatas, from Haydn, in 2014.

Nacido en Nizhni Novgorod (Russia), in 1986, in a family of musicians, He began studying piano at age four with her mother. He continued at the School of Music as a student of Balakirev Natalia Fish. From 2000 a 2007 Dimitri Bashkirov he studied with Claudio Martinez-Mehner and at the School of Music Reina Sofia in Madrid. At the graduation, He received his diploma from the Queen of Spain, He was chosen as the best student of the year and his Trio Cervantes also was singled out as best chamber group.

In the chamber music field, Kozhukhin has collaborated with musicians featured, including Leonidas Kavakos, Renaud Y Gautier Capuçon, Janine Jansen, Vadim Repin, Julian Rachlin, Jerusalem Quartet, Pavel Haas Quartet, Dangain, Jörg Widmann Y Alisa Weilerstein. In the coming seasons will perform in Spain with the Orchestra of Barcelona, the Orchestra of Castilla y Leon and give a concert in Oviedo. Also undertake a tour with the London Philharmonic and Jurowski in January 2018 Y, in May 2018, with the Cadaqués Orchestra and Vladimir Ashkenazy.