Handel's Tamerlano, one of the operatic events of the season 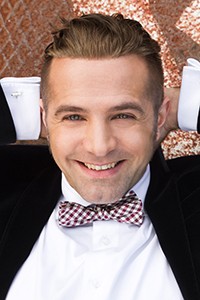 On Sunday 16 October at 18 hours, the cycle Universe Baroque Music National Broadcasting Center (CNDM) It presented in the Symphony Hall of National Music Auditorium in Madrid, the opera Tamerlano from Haendel, interpreted, concert version, by Tomato with Maxim Emelyanychev to the direction and an exceptional vocal cast starring great international voices specialized in this repertoire: Xavier Sabata, Max Emanuel Cencic, Juan Sancho, Romina Basso, Dilyara Idrisova Y Pavel Kudinov. It is about, undoubtedly, one of the major events of the opera season in Madrid.

In 1724 George Frideric Handel era, Indisputably, the great dominator of the London scene. His crusade to implant Italian opera in England was accompanied by success. He 20 February of that year, in the fifth season of the Royal Academy of Music –Founded by a group of aristocrats to ensure a constant supply of serious operas–, the Saxon composer premiered Giulio Cesare. London audiences enthusiastically received: thirteen representations, plus twenty reruns over the years 1725, 1730 Y 1732. Handel had set the bar very high and was aware that his fans were no longer going to settle for operas that were at a lower level. He 31 October of that same year, what meant the opening of a new season Royal Academy of Music at King’s Theater de Haymarket, Tamerlano premiere takes place, written during July, in the incredible space of just three weeks. Fortune smile again: nine functions, to which three more functions will be added at the end of the season, in May 1725.

Tamerlano confirmed Handel as the great operatic talent of the moment and has become one of the most popular operas of its author and a key title in the history of music, among other things because it includes the most developed tenor role in the entire Haendelian lyrical corpus, that in this interpretation Juan Sancho will assume. In the golden age of the castrati, it occurs to Handel that the protagonist was a deep voice, specific, that of Francesco Borosini for the role of Bajazet. Yes, because the protagonist of this story is not Tamerlano, as its title might suggest, sino Bajazet, Ottoman emperor who was defeated in 1402 by Tamerlane, military and political leader Tartar. curiously, a part of the extraordinary score is almost religious origin, as it had previously been used by Handel in the Italian oratory The resurrection (Roma, 1708) and in the Brockes-Passion German (Hamburg, 1719). We are facing one of the deepest Handelian tragedies, intense and powerful. It is about, Besides, of an opera that presents an incredible amount of music-dramatic problems, which is why it is rare for today's conductors to opt - whether for performances in concert halls or for studio recordings - for the original version of 1724 (the only one who has dared to do so has been George Petrou, in the recording he made for the German label MDG in 2006). The version that we will hear in this quote is that of 1731, in which there are substantial changes: significantly shorten the recitatives, several numbers are dispensed with and an added aria is offered, "In the world and in the abyss", for the famous bass Antonio Montagnana, who intervened in said replacement in the role of Leone. Aria that belonged to the opera Riccardo primo, released in 1727. Nonetheless, it has been chosen to recover here the formidable triplet of Tamerlano, Bajazet y Asteria "I want to massacre", which appeared in the version of 1724.