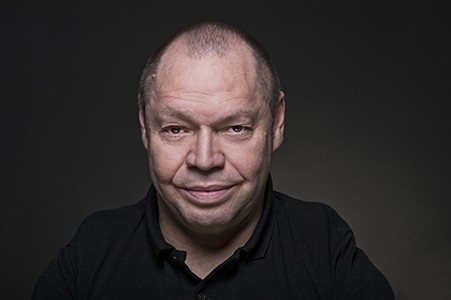 Heine y Oaken village: poetry in the heart of lieder

According to the scholar Luis Gago, “'Heine in music', the catalog compiled by Günter Metzner, covered twelve thick volumes dedicated to exploring the musical wealth of the poems Heinrich Heine, despite which it can not even be taken by comprehensive: the figures are overwhelming, as it is more than in 2500 composers and a figure that exceeds eight thousand songs inspired by the German poet. And it is particularly significant that have been many musicians who decided to choose poems of Heine as textual inspiration from his op. 1, as if that twinning shall gain them symbolically Access to the pantheon of the most illustrious liederistas. Brahms himself even said at the end of his life that had music "almost all Heine" in his youth, definitely, an exaggeration, but revealing that the German poet had become part of the ritual of baptism of anyone who would venture down that path that had begun to clear Franz Schubert at the edge of his death. And the entrance It was not confined to the Germans: French -in which the poet lived in exile country the last twenty years of his life They endorsed a "Henri Heine" (as reads the plaque on the house he died, in the number 3 the Avenue Matignon parisiense) almost like a compatriot, and has not missed even one who has seen what the direct ancestor of Jean-Paul Sartre, more generally, French intellectuals engagés of the Second World war; in Italy, widely circulated poems "Enrico Heine '; Gustavo Adolfo Becquer adapted among us his verses; Y, without great effort, find songs with his poems translated into Russian signed by Chaikovski, Glazunov o Borodin. Poemas como "You're like a flower" o "Gently through my mind" acumulan bajo su modestísimo puñado de versos hundreds of musical versions.

Love for nature and the glare felt Joseph von Eichendorf to know the collection "Des Knaben Wunderhorn ' (which she led him to befriend their compilers, Achim von Arnim Y Clemens Brentano) They left a deep mark in his own poems, Lavish musical references and descriptions of nature sounds, something that one ear as sensitive as Felix Mendelssohn I could not help but be receptive. Music also plays a decisive role in his prose work more widespread, 'The life of a ne'er-do' (The life of a useless), an example of poetic prose High School starring a vagrant violinist and hosts, Likewise, numerous poems and songs. Without reaching the prodigious figures Goethe o Heine, Eichendorff was the third great favorite poet of the Romantic composers: Dietrich Fischer-Dieskau He stood at more than five thousand songs composed from his poems since they began to be published, this is, in the last sixty-five years of the nineteenth century.“.

For nearly four decades, Thomas Quasthoff has moved the hearts of countless listeners with his art. He ended his distinguished career as a singer in 2012 although it has maintained close ties with music and singing professor at the Hanns Eisler Music Academy in Berlin and giving master classes. Quasthoff It was one of the most notable singers in their field, frequently invited to sing with the Berliner and Wiener Philharmoniker, among others with directors like Claudio Abbado, Daniel Barenboim, Christoph Eschenbach, James Levine, Bernard Haitink, Mariss Jansons, Zubin Mehta, Riccardo Muti, Seiji Ozawa, Sir Simon Rattle, Helmuth Rilling, Christian Thielemann y Franz Welser-Möst. In addition to its commitments as a teacher He has developed other virtues storyteller, comedian, moderator and even as an actor. After its great success in fall 2012, where he first appeared as an actor in the role of Feste in 'Twelfth Night' by Shakespeare, He continued to play this role in the Berliner Ensemble for 5 years until May 2017.

Quasthoff in recent years has shown that likes to face new challenges. In 2010 launched its program soul / blues / jazz titled "Tell It Like It Is' that revolved around Europe. Since then, He returns again and again to jazz concerts with some internationally renowned instrumentalists: Frank Chastenier (piano), Dieter Ilg (double bass) y Wolfgang Haffner (drums). Last year concert 'My Favorite Things' closed cycle Jazz at the Auditorium of CNDM.