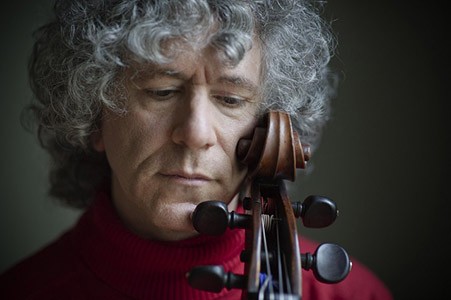 The historicist group New Tiento, conducted by the harpsichordist and conductor Ignacio Prego, returns to National Dissemination Center Musical (CNDM), together with the virtuoso British cellist Steven Isserlis, on a double date: his proposal will inaugurate the XX Cycle of Historical Music of León (Thursday 19 from January) and it can also be discovered in the cycle Baroque universe (Friday 20 from January), at the National Auditorium of Music. The performers will present their new project, "Storm and Calm", a journey through eighteenth-century music whose protagonists are the tempestuous Symphony in G major from Carl Philipp Emanuel Bach and the serenity of Cello Concerto No. 7 in G major from Luigi Boccherini. The program is completed with works of Carl Heinrich Graun Y Pietro Antonio Locatelli.

In this walk through the music of the 18th century, the public is invited to immerse themselves in works that straddle the late Baroque and early Classicism, a period of experimentation where public concerts, symphonies and solo recitals became favorite genres for the public. Tiento Nuovo and the cellist Steven Issserlis will recreate that era through a repertoire that mixes a gallant style with emotions in their purest form.. Scores full of contrasts that oscillate between the outbreak of the storm -represented by the work of Carl Philipp Emanuel Bach- and the serenity of calm -represented by Luigi Boccherini, Carl Heinrich Graun and Pietro Locatelli.

The program will open with the Symphony in G major, Wq 173 Carl Philipp Emanuel Bach. The work recreates an energetic musical universe, with dialogues from the soloist and the group that burst into passionate melodies charged with drama. The storm will give way to calm with the pre-classicist style of Luigi Boccherini and so on Cello Concerto No. 7 in G major, G.480, a composition that features ornate melodies and unfurls a torrent of virtuosity in its finale. These two central works of the program will be accompanied by the vibrant Symphony in C Major de Carl Heinrich Graun, the singular Concerto in B flat major, on. 7, No 2 de Pietro Antonio Locatelli and the exciting Cello Concerto in A major, Wq 172 of C. P. E. Bach, that will close the concert.

On Ignatius Prego and New Testament

Considered one of the most important harpsichordists of his generation, Ignacio Prego (Madrid, 1981) He is the director and founder of Tiento Nuovo, historicist group of great relevance in Spain. He has developed an intense career with numerous concerts in North America, South America, Asia and Europe. He has collaborated with great musicians and directors such as William Christie or Jordi Savall, and has also shown great versatility alongside jazz visionaries, as the pianist and composer Moisés P. Sánchez, current resident artist of the National Center for Musical Diffusion. In 2016 Tiento Nuovo cover, group made up of a variable formation depending on the musical needs. The group covers a wide repertoire within the Baroque, and among his recent concert projects are monographs on the Concertos for harpsichord and orchestra by J. S. Bach, a program dedicated to Corelli's Concerti Grossi with the collaboration of the great Swiss flutist Maurice Steger, or programs dedicated to the Italian Baroque, among others.

Internationally critically acclaimed for his technical mastery and powerful imagination, British cellist Steven Isserlis has an established career as a soloist and chamber musician. He has received numerous awards, among them the Schumann Prize of the city of Zwickau or the Piatigorsky Prize of the United States. He is also one of only two living cellists inducted into the Gramophone Hall of Fame.. In 2017, received the Glashütte Original Music Festival Award in Dresden, the Wigmore Hall Gold Medal and the Walter Willson Cobbett Medal for services to chamber music. as concert soloist, performs regularly with the world's leading orchestras and conductors, as the Berlin Philharmonic, the Washington National Symphony Orchestra, the London Philharmonic and the Zurich Tonhalle.