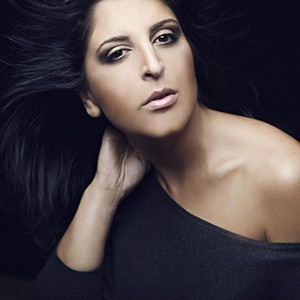 Always he considered a dream to get to play the lead character in the opera Carmen Bizet. And the dream came just four years ago (2014) in the Opera Toulon (France), thus beginning a journey full of triumphs walking her gypsy cities like Paris, Palermo, Atlanta, Hong Kong and Zurich. The mezzo francoarmenia Varduhi Abrahamyan begins the year back to get into the skin of Carmen to debut in the season Opera Oviedo, on landing after his promising debut, in December, at the Gran Teatre del Liceu in Barcelona as Isabella, the star of The Italian Girl in Algiers, Rossini.

The young singer in his extensive repertoire includes baroque works, belcantistas, Verde, French and twentieth century; He sang in Spain for the first time, and rave reviews, in the Palace of Arts in Valencia 2015 with Rule Y Nabucco, scenario that returned in January 2016 with Samson and Delilah. In December just he achieved great success with its unmatched Isabella The Italian Girl in Algiers January and late registration changes again to return to the Gypsy of Bizet. "Carmen is a fascinating character, a femme fatale who claims his freedom since his entrance aria, the famous Habanera ", says the singer. Having been featured in various productions around the world, He confesses that he bewitched version Spanish director Calixto Bieito scene who played at the Opéra National de Paris-Bastille, "Fraught with violence, doom and exoticism, but also it marked me a completely different assembly, classic and vintage costumes, I played in the Atlanta Opera, in United States. It is what happens with universal characters like this, which they are of all times and adapt without major problems setting changes because they belong to all cultures and all times ".

After this new Carmen in his career and his debut at the Campoamor Theater in Oviedo, They await their first Princess of Eboli of Don Carloverdiano in Las Palmas and his return to the Rossini Opera Festival in Pesaro and the Opéra National de Paris, stage, the latter, in which he has sung emblematic titles in the repertoire of mezzo like Carmen, Evgeni Onegin, Falstaff, A masked ball, the world premiere of the opera anna Akhmatova, The Queen of Spades, The Coronation of Poppea O Julius Caesar.